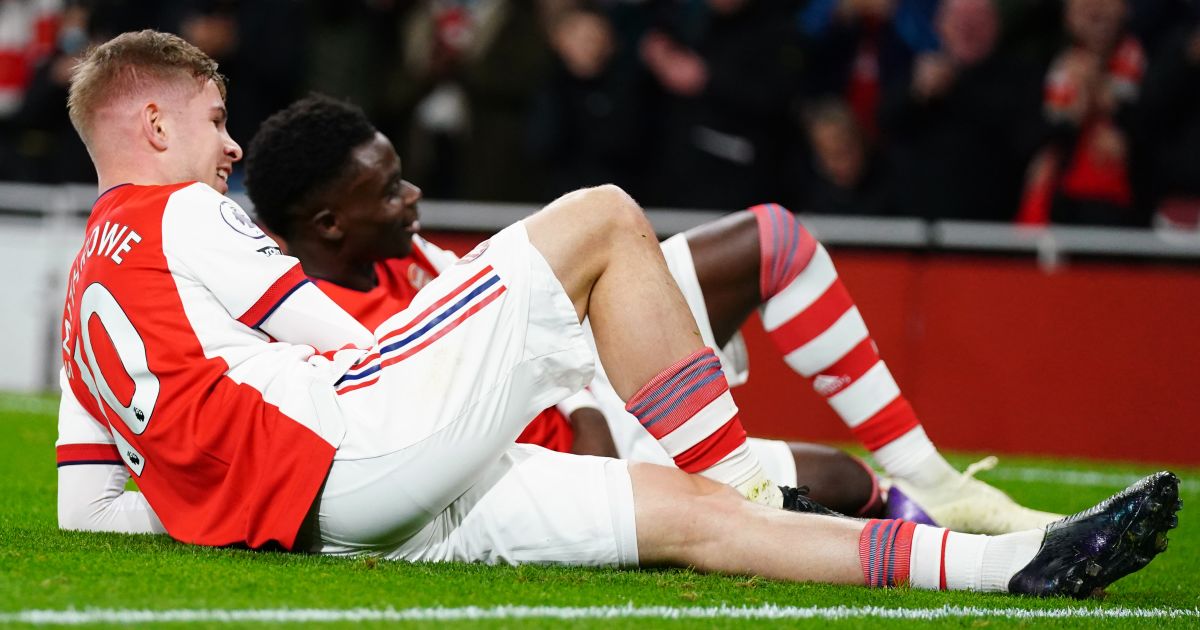 With Conor Gallagher now an ancient, irrelevant 22-year-old whose eight Premier League goals and three assists for Crystal Palace this season are thus quite literally worthless, there are only five players still 21 or under who have seven or more goal contributions this season.

Three of them play for Arsenal. Young Guns go for it etc.

7 – Michael Olise (Crystal Palace) – 2 goals, 5 assists
Actually, you could make this 23 rather than 21 and suddenly things look distinctly more Chelsea-flavoured. As well as the on-loan Gallagher you’d have Reece James (5 goals, 6 assists) and old man Mason Mount (7 goals, 5 assists). But you still wouldn’t have Olise, a rare misfire for the Chelsea machine as they released him at 14 rather than keeping him on the books to loan out to Vitesse Arnhem. Their loss is Palace’s gain, although there are already – inevitably – rumours that Chelsea would quite like to buy him back now please.

7 – Gabriel Martinelli (Arsenal) – 5 goals, 2 assists
We’ve put him above Olise because goals are better than assists, surely. Has to the tie-breaker, doesn’t it? And, having started the season-opening defeats to Brentford and Chelsea, when Arsenal were very, very bad, he’s only really been back as a regular since December, when Arsenal have been very, very good. We still can’t decide which north London side’s banter in the first three games of the season was more misleading.

A minor caveat to his fine form since his return, though, is that two of his goals came against Leeds and really do those count as goals? Every player in the league has got two goals against Leeds this season. But, officially, apparently they do count, and that means that only three players 21 or under have contributed to more goals in the Premier League this season. Two of them are his team-mates and one is a generational talent who plays for by far the best team in the country. So he’s doing pretty well.

10 – Phil Foden (Manchester City) – 7 goals, 3 assists
Just absurdly good at football, isn’t he? And still absurdly young. At some point, we really should all start getting a bit more excited about a player Sergio Aguero continues to anoint as City’s best at every opportunity, which is startlingly high praise from a man who definitely knows of what he speaks.

11 – Emile Smith Rowe (Arsenal) – 9 goals, 2 assists
None of those came in his first five games of the season either, so his current run is nine goals and two assists in his last 16 Premier League games to go with a goal and an assist on his first England start (albeit against San Marino and thus the Leeds Caveat must also apply here). Almost like Arsenal’s season as a whole is reflected in the individual records of their most gifted youngsters.

13 – Bukayo Saka (Arsenal) – 8 goals, 5 assists
If Martinelli and Smith Rowe’s trend is one of improving returns as the season progresses, then that’s even more true of Saka, Arsenal’s glorious starboy. Six of his goals and three of his assists have come since the start of December in a 10-game run of eight wins, one draw and a harsh defeat to Manchester City. Essentially what we’re saying here is that a 20-year-old is the main driving force propelling a team towards a top-four finish and the second most significant factor is a 21-year-old. That is really quite something. Interesting to see Mikel Arteta assert this weekend that missing in the Euro final shootout was good for Saka’s career. We’ve given that some thought and even if the early part of this season didn’t cast doubt on that – which it does – we’ve decided that on balance it would still very much have been better for him to score that penalty to be honest.