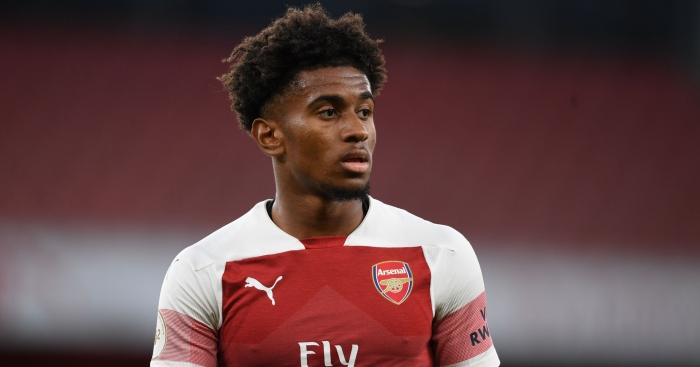 Reiss Nelson is expected to complete a loan deal to Hoffenheim this week after signing a new long-term contract at Arsenal.

He has been stalling on a new contract at Arsenal and looked likely to leave on a permanent deal.

But it now seems that Hoffenheim and Arsenal have agreed on a temporary spell, with Nelson signing a new contract before he departs.

German newspaper Bild described him as ‘one of the greatest talents’ in English football ahead of his move.

Woke up to news of Reiss Nelson moving to Hoffenheim, and felt really annoyed.

But seems now he's signing a long term deal with us, then going on a season loan to Hoffeinheim – which is great news.

Interesting to see how he develops under Nagelsmann. pic.twitter.com/9kq4V55kqA