Home All The News Arsenal youngster: Wenger gave me advice before loan deal 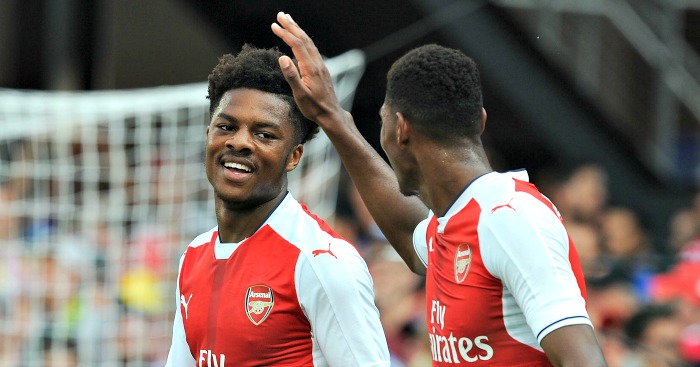 Arsene Wenger told Jeff Reine-Adelaide to “come back stronger and more mature” from his loan spell at Angers.

Reine-Adelaide was one of a raft of youngsters sent out on loan by Arsenal on deadline day.

The 20-year-old made his first-team debut for the Gunners during the 2015/16 season, and was handed six further appearances the following season.

He had only featured in the youth team before leaving for Ligue 2 side Angers however, with Wenger issuing some particular words of advice.

“He asked me to work hard in Angers, listen well and come back stronger and more mature,” Reine-Adelaide said.

“I know that many people think that I should not have gone to Arsenal so early, but I have no regrets.

“Arsene Wenger gave me opportunities with the first team, then I had physical problems. He then helped me a lot to come back, and I want to say thank you.

“I need to improve my statistics,” he added. “It’s important to be decisive.

“I also have to progress tactically, which is why Angers is a good club. There is a different style than that of Arsenal, which will allow me to develop.”