Home All The News It’s happening: Arsene Wenger confirms he is leaving Arsenal

Whoa. It's probably somewhat overdue but still a surprise. Wenger will leave Arsenal in the summer... 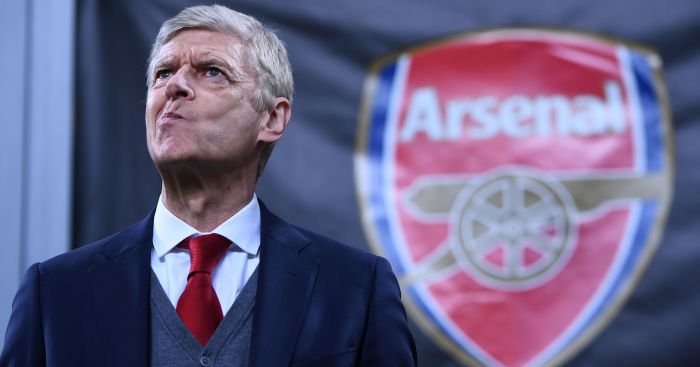 Arsene Wenger has announced he will leave Arsenal at the end of the season after almost 22 years in the role.

The 68-year-old’s position has come under intense scrutiny over the past 18 months due to repeated failings in the Premier League and Champions League.

The Frenchman has lifted the FA Cup in three of the last four seasons but that has not been enough to appease some supporters and Wenger, whose side are set to compete against Atletico Madrid in the Europa League semi-finals next week, confirmed his decision to step down on Friday morning.

“After careful consideration and following discussions with the club, I feel it is the right time for me to step down at the end of the season,” a statement released on the club’s website read.

“I am grateful for having had the privilege to serve the club for so many memorable years.”

He continued: “I managed the club with full commitment and integrity.

“I want to thank the staff, the players, the directors and the fans who make this club so special.

“I urge our fans to stand behind the team to finish on a high. To all the Arsenal lovers, take care of the values of the club. My love and support for ever.”

Wenger has won three Premier League titles during his spell of over 21 years at the helm, the last of which came as a result of the unbeaten ‘Invincibles’ season in 2003/04.

No-one has won more FA Cups than the former Monaco boss, who was a shock appointment back in 1996.

Protests against his reign picked up last season as the Gunners finished outside of the top four for the first time in a full campaign under Wenger’s control.

But despite the growing negativity, Wenger signed a new two-year deal last summer with the mandate of sustaining a title challenge.

That failed miserably and, at the time of the announcement, Arsenal sit sixth in the table and 33 points adrift of newly crowned champions Manchester City.

Arsenal majority shareholder Stan Kroenke also issued a statement on “one of the most difficult days we have ever had in all our years in sport”.