Mikel Arteta's men have won two of their first three matches in the Premier League this season... 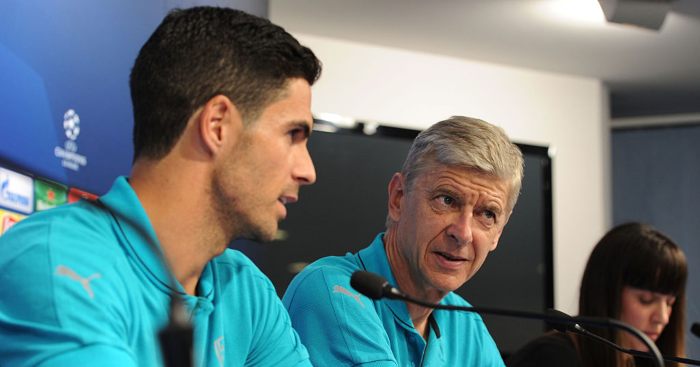 Former Arsenal boss Arsene Wenger thinks Mikel Arteta has got his “grip back on the team” after they finished last season strongly.

The Gunners have won the FA Cup and Community Shield in recent months but they could only muster 56 points as they finished eighth in the Premier League.

Arteta’s men have won two of their first three matches in the Premier League this season, with their one loss coming against Liverpool on Monday.

Unai Emery, who was sacked in November 2019, claimed Arsenal had been on a “downward slope” long before his arrival but Wenger rejected that suggestion.

Earlier this year, Wenger said: “In 2017 we made 75 points and won the FA Cup so you cannot say that [Arsenal were in decline] and the year before [2016] we finished second in the league.

“Arsenal is a club that is in a very strong position financially. It has good players, after that when you are a manager you have to stand up for what you do and your result and not look around you.”

There is a lot of positivity surrounding Arsenal now with Arteta bringing back a feel-good factor to the Gunners, which Wenger recognises.

Speaking to The Times, Wenger said: “[Arteta] got the grip back on the team. They finished well, though they had a bad Premier League. Fifty-six points!”