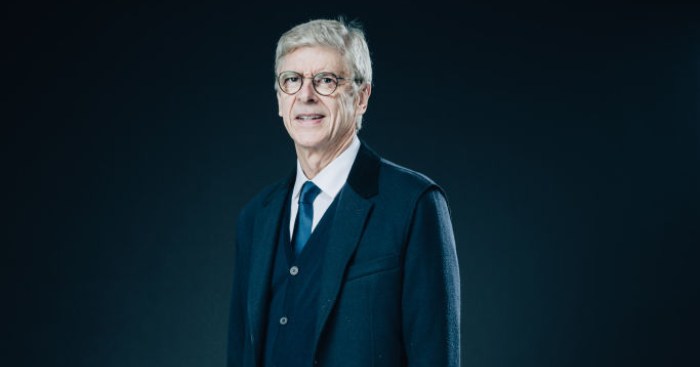 Arsene Wenger thinks his decision to stay away from the Emirates Stadium was the “best thing” after departing Arsenal in May 2018.

Wenger is widely credited for revolutionising certain aspects of the game in England – such as nutrition – while also being a successful manager, winning three Premier League titles and seven FA Cups at Arsenal.

The Frenchman’s final few years in charge were stressful with protests and demonstrations held over his future, before he eventually left the club in 2018.

When asked why he hasn’t been back to the Emirates Stadium since leaving, Wenger told BBC Sport: “I have chosen to keep a complete distance. It doesn’t mean emotionally, just physically.

“It’s important people don’t see you as a shadow. It may look like you’re still trying to influence things and have your way. I felt that the best thing to do is cut it away.”

When asked if demonstrations near the end of his tenure hurt, Wenger added: “I don’t believe you should rate highly what a fan says in the moment – a fan says something based on the moment, based on emotions. Today it seems the minority has a big dictatorship.

“They dictate what is talked about, therefore if you have 50 people on social media being negative it can somehow get more attention than 60,000 people in a stadium.

“It doesn’t mean everybody has to do what they talk about. If you look at our last three years you will see in 2016 we finished second – OK, it was behind Leicester City but every other club finished behind Leicester too and they lost only three games. In 2017 that was the first time we were not in the Champions League since 1997.

“So, yes, I wish we had maintained that record but I think this year we have a good chance in order to be back in the top four.”