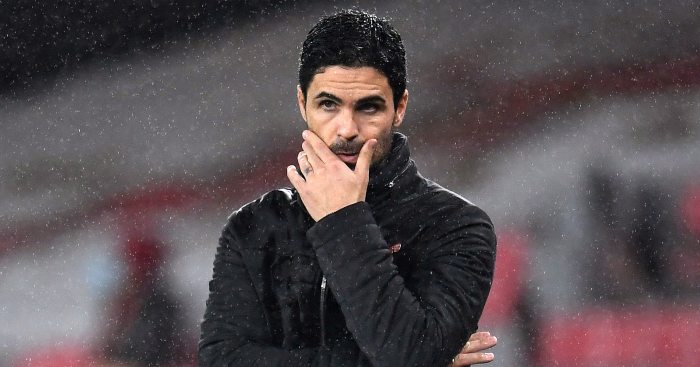 Mikel Arteta admits that a further four Arsenal players could leave the club in the January transfer window.

William Saliba and Sead Kolasinac have both already left the club on loan this month, while Sokratis and Mesut Ozil have departed on permanent deals.

Arteta has welcomed Martin Odegaard from Real Madrid this week, but is faced with the possibility of further departures with fringe players seeking more opportunities.

READ MORE: Henry, Rooney, Kompany and other Lampards In Waiting

One of those is Lucas Torreira, who is currently struggling for minutes on loan at Atletico Madrid.

Another temporary move is likely with Monaco thought to be a possible destination, with technical director Edu overseeing negotiations.

Arteta told the club’s official website: “We have been talking to Lucas, Edu has been very close to the situation.

“He hasn’t been playing as many minutes as he would like, as we would like, but to be fair the team is doing so well in Spain and it is understandable they don’t change the team so much.

“We just want to be right behind Lucas, protect him, help him make the right decisions for the future, so let’s see what happens.

“But we are monitoring the situation very closely.”

Reiss Nelson is another man who could be heading out on loan.

Arteta added: “That’s a conversation that we are having with the players that are not having a lot of time.

“Obviously we want to keep their development going and we will make decision in the next three days with some of them on what the best thing is to do.”

Ainsley Maitland-Niles, who was linked with Wolves in the summer, is concerned that a lack of minutes may affect his England chances.

“Yes, it is a concern when there is international football involved as well and the chance to reach that opportunity,” he claimed.

“I understand that Ainsley wants more minutes and what he needs to do is fight, train and challenge his teammates and show us that he can be one of our starters.”

Defender Shkodran Mustafi, whose contract will soon expire, is also in talks with Arsenal.

He said: “Again, he’s another situation at the moment that is opening and we are having conversations internally with the player and agent. We will see what the right solution is for this one as well.”