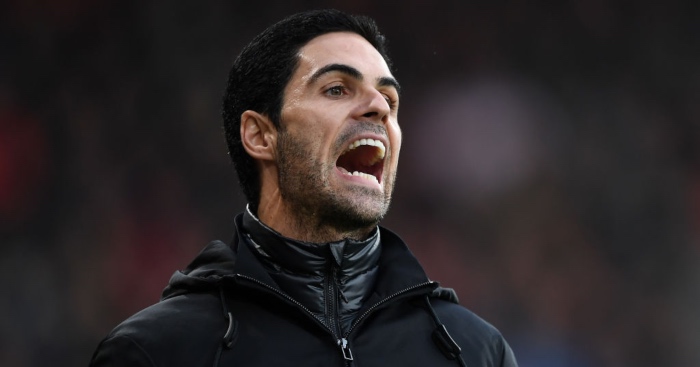 Mikel Arteta took a bizarre swipe at the playing conditions after watching Arsenal struggle to cling on for a goalless draw against Burnley at Turf Moor.

The Gunners were distinctly second best for much of the match with Jay Rodriguez coming closest to breaking the deadlock for the hosts when he rammed his second-half strike against the underside of the bar.

Despite the continued overcast weather in the north-west, Arteta insisted the long grass and a dry pitch had played a crucial role in preventing his side playing their normal game.

Indicating a couple of inches, Arteta insisted: “The conditions were difficult – the grass was this long and they didn’t put any water on it, and that’s not a very helpful thing to play football.

“I didn’t water the pitch yesterday at the training ground because I expected it, but that doesn’t make it any easier to play.

“They (Burnley) do what they do really well, and you are allowed to do it so we have to react to that.

“In some moments it wasn’t the grass – it was their quality and what they do really well, and we could not do it in the right way.”