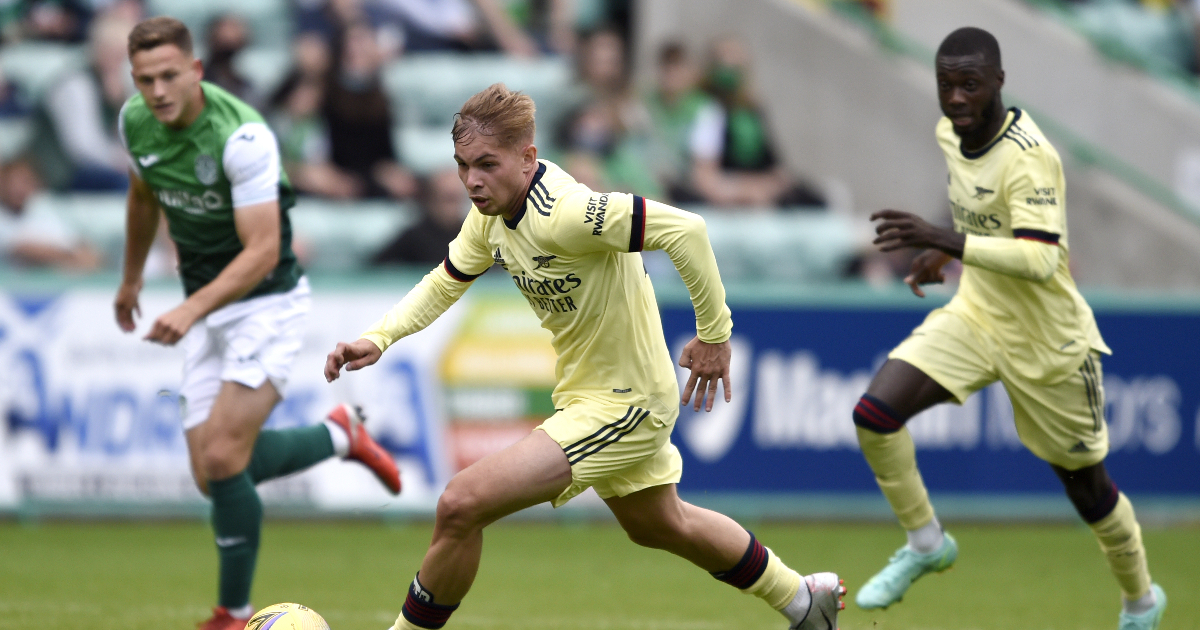 Arsenal boss Mikel Arteta has confirmed that young pair Joe Willock and Emile Smith Rowe will remain at the club despite interest from other Premier League clubs this transfer window.

The Spaniard spoke to the media after the Gunners’ 2-1 pre-season defeat to Hibernian in which Smith Rowe scored.

Willock did not feature in the friendly due to a minor groin issue, Arteta has confirmed.

When asked about Smith Rowe, Arteta said: “Without a question. Yes. He (Smith Rowe) will stay here. 100%.”

The ex-Arsenal captain did not comment when asked if Aston Villa have bid for the attacking midfielder.

His form in the 2020/21 season led to interest from Villa, who reportedly tabled a £25million bid for the 20-year-old in June.

Arsenal have apparently rejected another offer worth £30m, although they keep coming back.

Smith Rowe’s future has been cast in doubt due to his contract situation with the north London club.

According to CBS Sports’ James Benge, Arsenal are confident that a new contract can be agreed soon.

The extension is widely expected to be five years, keeping him at the club until June 2026, but terms are yet to be finalised.

Mikel Arteta has just confirmed: “Emile Smith-Rowe will stay at Arsenal, 100% and no doubt”. #AFC board convinced he’s gonna sign the new contract soon – no Aston Villa move for him. 🏴󠁧󠁢󠁥󠁮󠁧󠁿 #AVFC

Arteta also added: “Willock is our player and we count on him in our plans”. https://t.co/0oLWSdBGFP

Speaking on Willock, Arteta said: “Well he (Willock) wasn’t involved today because he had a little groin issue. He trained yesterday really well but we didn’t want to risk him.

“Joe is part of our plans, he’s our player and in the time that he is here we will try to make the most out of him. He had a great experience on loan. He was, I think one of the most important players for their survival.”

Willock had an excellent loan spell at Newcastle United last season, and the Magpies are working on a permanent deal for the 21-year-old.

A report last week said that Arsenal were ‘listening to offers’ for Willock and a number of other fringe players in their squad, while it seemed at the start of the summer that the Arsenal manager was willing to allow the midfelder to leave.

However, Arteta’s quotes will deal Newcastle a major blow due in their bid to bring the youngster back to St James’ Park.