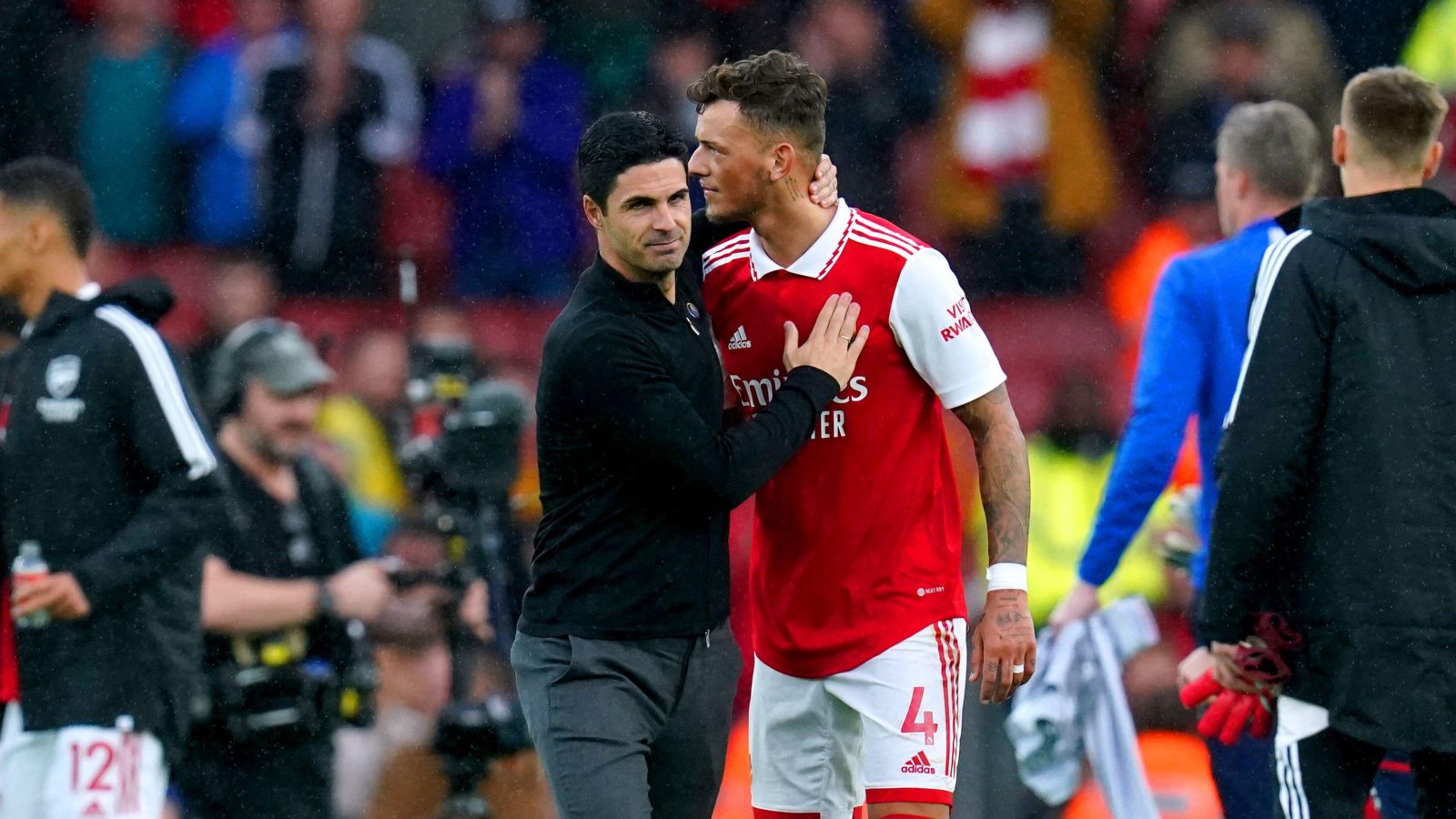 Mikel Arteta is “delighted” that Arsenal defender Ben White is heading to the World Cup and he feels that the Englishman “deserves” his call-up.

White was an unused substitute in midweek as his former club Brighton & Hove Albion beat Arsenal 3-1 to dump the London outfit out of the Carabao Cup.

The Gunners may not be too downhearted about this as they will be able to focus more on matters in the Premier League.

Arsenal currently sit top of the table with one game remaining before the World Cup break.

Arteta’s team have picked up some impressive victories along the way as they have beaten Liverpool, Tottenham Hotspur and Chelsea.

They edged out Chelsea at Stamford Bridge last weekend to win 1-0. Arteta thinks his team “showed maturity” to beat their rivals.

“We have had periods in big games where we’ve been perfect or done really well, especially against top opponents,” Arteta told reporters (via BBC Sport).

“Last weekend showed maturity and another side of the team where when they really needed to show it, we did.

“It’s a working process all the time, what we do today, we maybe might not be able to do tomorrow.

“You always have to get the team at the right attention level to deliver quality that’s needed to win.

“Our focus is to play better every day.”

White is one of ten Arsenal players who will be heading to Qatar to compete at the World Cup.

The defender has earned his place in Gareth Southgate’s squad as he has starred for Arsenal at right-back this season.

Arteta thinks his player “deserves” to go to the tournament.

“I think he was very happy and the rest of the squad were so happy for him,” Arteta added.

“He deserves it, so I’m delighted for him.

“All the credit is down to him. If you look at his career and how far he has come in such a short space of time, really only in the last two years.”

Arsenal’s last game before the World Cup is at Molineux on Saturday evening against Wolves.

Arteta is expecting this to be a “tough game” for his side.

“They at the moment have very special circumstances,” Arteta noted.

“We watched the midweek game and their game before and they didn’t merit losing to Brighton.

“Saturday night we’re at their stadium, it will be busy and it will be a tough game.”

On new Wolves boss Julen Lopetegui, he added: “He’s a great coach and his career sells himself.

“He’s not far from where I live, so I know him really well.

“Hopefully after tomorrow, he can have a very good career here in the Premier League.”