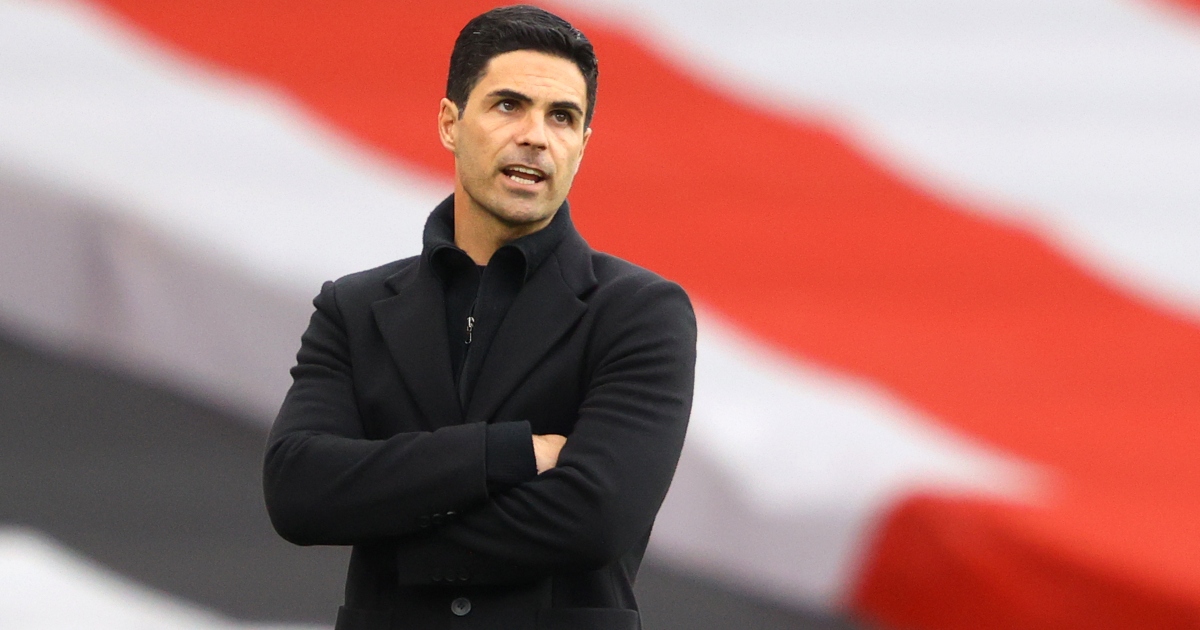 Mikel Arteta insists he has offered Bernd Leno no assurances on when he will be back in goal for Arsenal – but praised his response to being dropped against Norwich.

Leno was one of seven changes made by Arteta for the 1-0 victory over the Canaries as Arsenal picked up their first Premier League points of the new season.

Summer signing Aaron Ramsdale was preferred between the posts as he made his league debut following his move from Sheffield United.

Reports in Germany on Wednesday claimed Leno had been told he would be recalled for the north London derby against Tottenham on September 26 – but Arteta said those claims were false.

“I don’t know where they (reports) are coming from but they are ahead of me!” revealed Arteta ahead of Saturday’s game at Burnley.

“I think I am the one who picks the team at the weekend and sometimes I read things that I haven’t decided yet.

“They give me ideas at the most, but nothing else because I haven’t made a decision for Saturday – so imagine (if I had) for the north London derby.

“We had to change something and Aaron has come here to try to make us better. We needed a result on that day and I decided to play him. That’s all.”

Asked if he had made any assurances to Leno about when he might get another chance, Arteta added: “No. That’s what I said to them and I said to the goalkeepers in the last two or three years – that we don’t want to do that.

“What we want to do is empower performance and ask them to train behave and play the best possible way. How can I guarantee somebody something?

“It wouldn’t make sense with what we are demanding them to do. So it is on a daily basis, what you did three months ago in football, it doesn’t count. So is what you’re going to do today and tomorrow, and that’s it.”

There were further suggestions Leno had not reacted well to losing his place in the side, something else Arteta rebuffed.

“He responded, you can be frustrated, but he was top with his team-mates in training so that is not true.”

Arteta confirmed Thomas Partey is likely to be fit to start against Burnley on Saturday, having come off the bench in the win over Norwich.

The Ghana international missed the start of the season with an ankle injury but is looking sharp – timely given the injury to Mohamed Elneny and suspension of Granit Xhaka.

One midfielder who will not be lining up for Arsenal any time soon is former Gunner Jack Wilshere.

The 29-year-old is currently a free agent and Arteta, who played alongside Wilshere in the Arsenal midfield, said last week the door was always open for the ex-England international to train with the club.

He was asked again about any developments with his offer but stopped short of saying Wilshere could be signed by Arsenal.

“We are in conversations with Jack to understand what he needs, what he is looking for,” he said.

“It’s a person and a player who has a huge admiration around everybody, not just the players or fans but all the staff around here, and we are willing to help him as much as we possibly can. He knows that and that’s the situation.”

Pushed on whether Wilshere could play for Arsenal again, Arteta replied: “I wouldn’t take it that far.

“What I’m saying is that we are in conversations with him to understand what he needs and how we can help him and that’s it.”