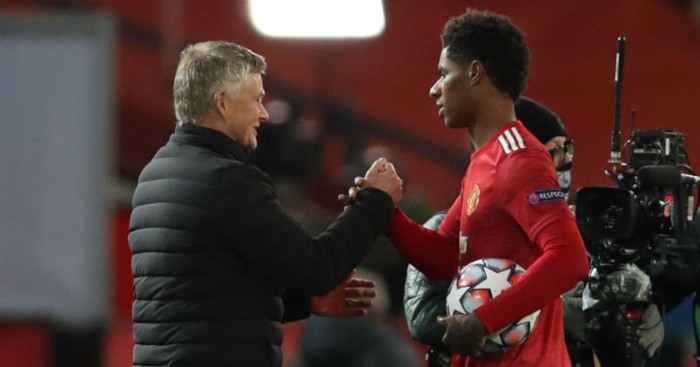 Marcus Rashford has scored seven goals this season while United have had nine other goalscorers across all competitions.

United’s first-choice front three of Rashford, Anthony Martial and Mason Greenwood combined for 62 goals in all competitions last season and the club has now added Edinson Cavani to their ranks.

Arteta’s Arsenal face Manchester United on Sunday and he must be particularly worried about facing Rashford in his current form.

“They create really good relationships and they’re all very different,” Arteta said. “They glide together, have really good understanding and chemistry on the pitch. You can see that.

“Since the lockdown, Ole has managed to improve that a lot and you can see that at the end of [last] season, the amount of goals and types of goals they were scoring. They’re a threat.

“They can play two or three different formations… they’ve been changing some things because of the opponents, because of the quality of players they have and sometimes to change the game in certain moments.

“We have to be prepared for that because they have that adaptability, they have a big squad and up front they have a lot of options to do different things.”