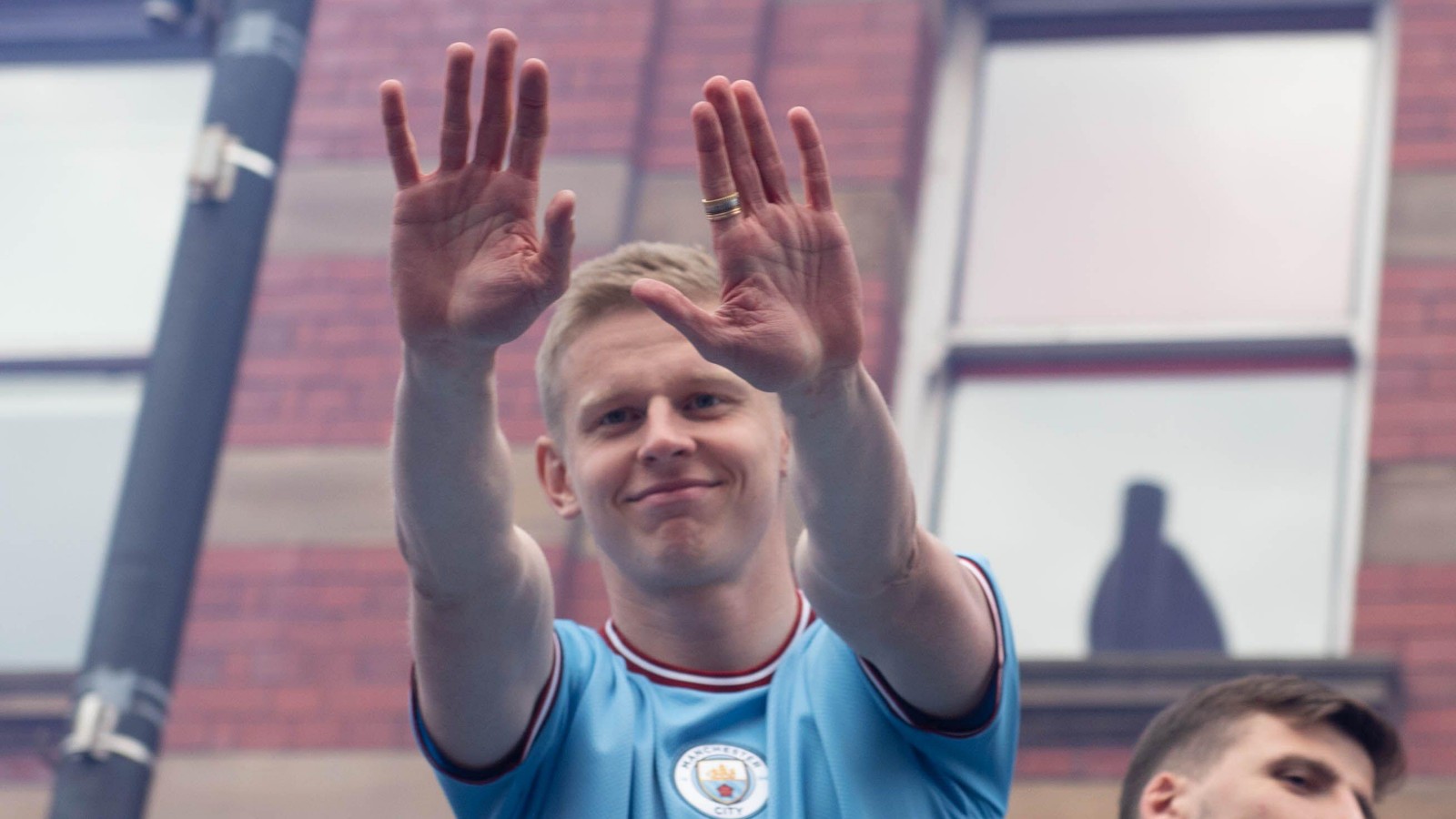 Mikel Arteta has discussed what impending Arsenal signing Oleksandr Zinchenko will bring to the club.

There has been no confirmation on any official Arsenal channels of the deal to sign Zinchenko from Manchester City, but a £32m transfer has been agreed and Pep Guardiola wished the Ukrainian well earlier this week.

Arteta has now publicly discussed the move for the first time, listing what he hopes Zinchenko will bring to the team.

“As you’ve seen he is here. There are still a few formalities to get everything completed but we’re really happy to have him,” he said, as quoted by the club’s official website.

“I know the player really well, he’s an exceptional footballer and he is someone that is going to bring as well another competitive edge to that dressing room.”

On whether Zinchenko is likely to feature more often as a left-back or central midfielder, Arteta said: “Both, he can play in both. He was a natural No. 10 early in his career and we converted him into a left back which can do a lot of things that we want in our way of playing.

“That versatility is something that is going to be important for the team because we have players in that position who are more specific full back so I’m really happy.

“It’s one of the things and the way we can adapt structures, formations and rotations within the squad and playing with the same players in a different way. To be more unpredictable is obviously important and that is why we have recruited those players.”

Arteta offered a little more insight into Arsenal’s remaining transfer plans, but said he was not sure whether there would be more signings.

“We have a large squad so we have to make some decisions as well on the players that we’re not going to be using consistently and be fair and straight with them and that’s a process that is going to start very soon as well.

“We have a big squad and now we have to make things happen.”