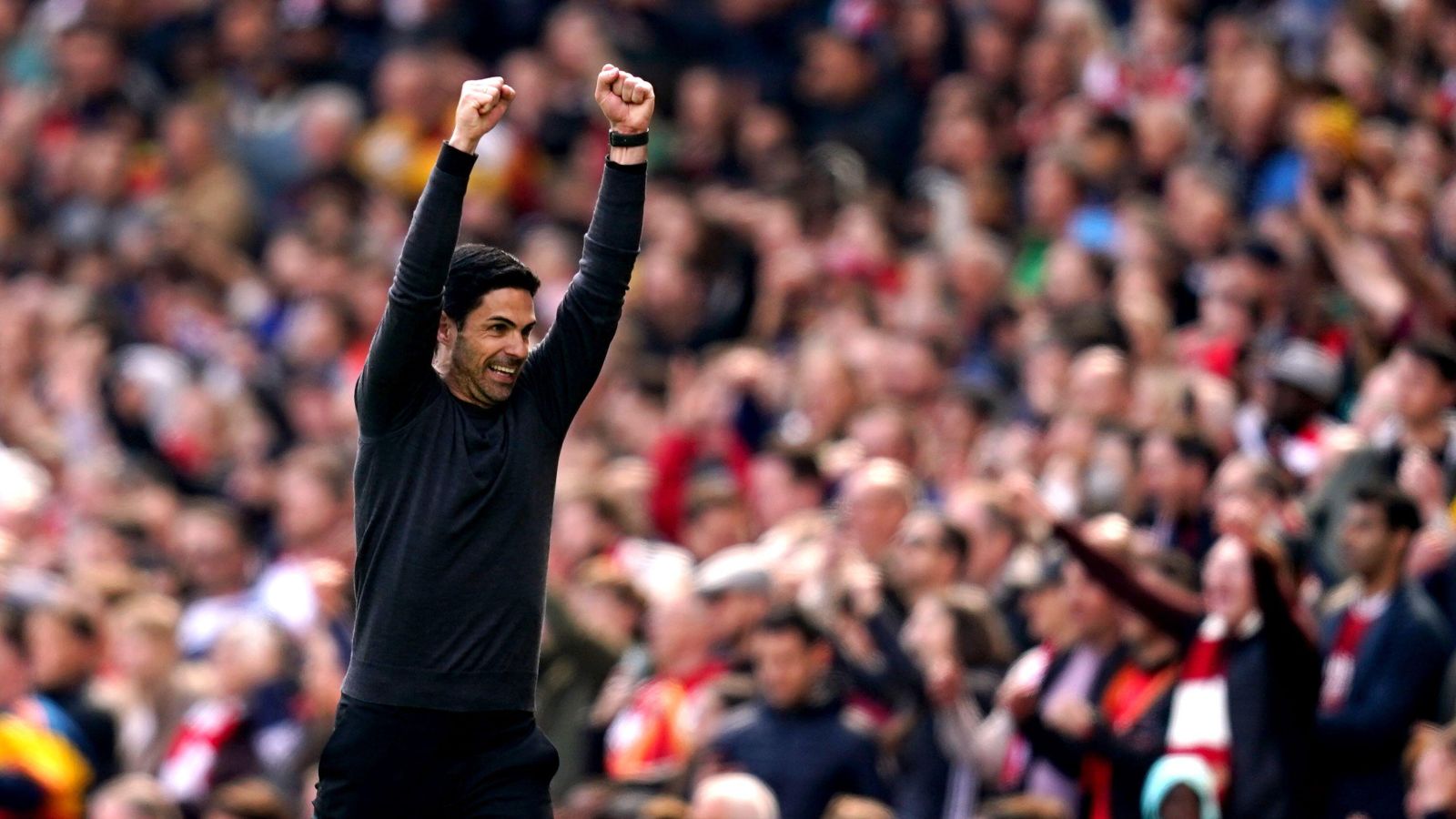 Arsenal manager Mikel Arteta believes the race for a spot in next season’s Champions League has more “twists and turns” in it with five games left to play.

The Gunners bounced back from three consecutive defeats with a win at Chelsea and followed that up with victory over another top-four rival, Manchester United, while Tottenham dropped points at Brentford.

Arsenal head into the weekend two points clear in fourth place as they bid to put an end to their five-year exile from Europe’s top-tier competition, but Arteta believes it will be far from straightforward.

“I think there will still be twists and turns, we still have difficult matches today,” the Gunners boss said.

“We had two really good results that are putting them again in a really good position and then it’s about doing it again at West Ham.”

Arsenal face David Moyes’ side on Sunday, with the match taking place between the two legs of West Ham’s first European semi-final for 46 years against Eintracht Frankfurt.

They lost the first leg 2-1 at the London Stadium and Arteta’s Arsenal could face a different-looking West Ham side on Sunday if Moyes chooses to rest players for the crucial second leg.

However, despite the number of games on the Hammers’ fixture list as they balance Europe and the Premier League, Arteta insisted that does not concern him.

“They’ve been doing that all season and have been really good in both competitions,” he said.

“They have a big squad as well, they have different options to change their players and still maintain their level. We still have to beat them so I don’t think about that.”

Arteta also does not expect to be able to welcome back the influential Thomas Partey before the end of the season.

The midfielder has not played since Arsenal’s 3-0 defeat at Crystal Palace at the start of this month but has returned to running on a treadmill, although a first-team return could be a way off.

“He is progressing but he had a significant injury and a recurring injury as well so we don’t expect him to make progress that quickly to see him this season – but hopefully I am wrong,” Arteta said.