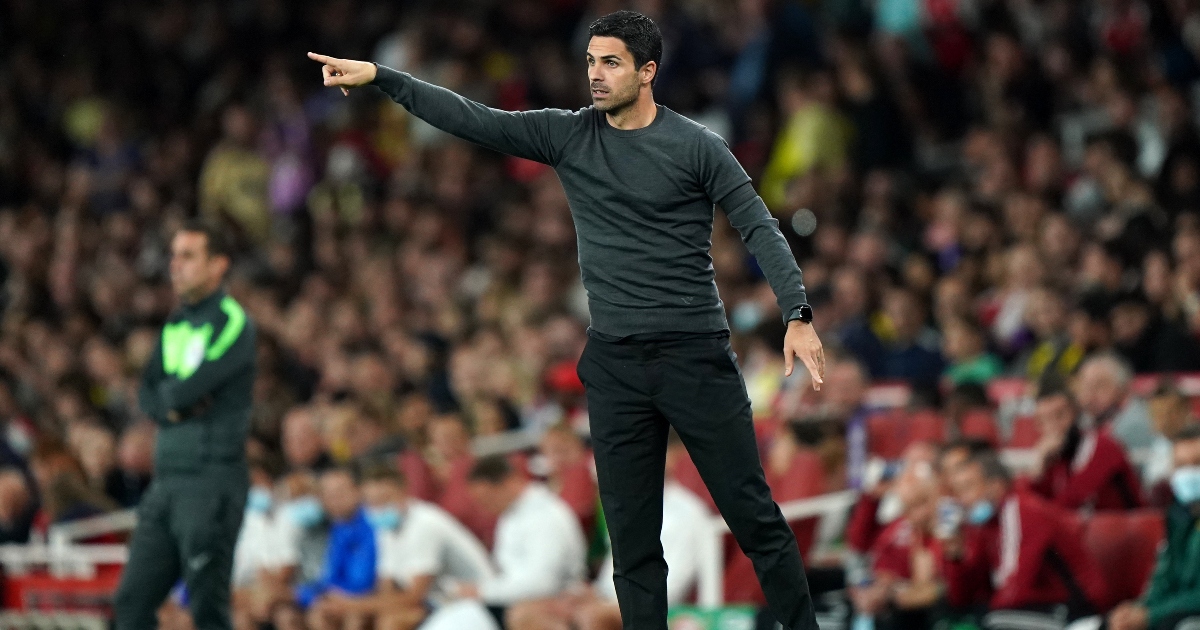 Arsenal manager Mikel Arteta has explained how his side can close the gap on the so-called ‘big six’ in the Premier League.

The Spaniard has been in charge of the Gunners since December 2019 and won the FA Cup in his maiden campaign.

Despite his trophy success, performances dropped considerably the following season as the north Londoners finished eighth in the league.

PSG and Napoli the pride of Europe’s dozen unbeaten teams

Arsenal responded by spending over £140million in the transfer market, targeting young players as a bid to concentrate on the long-term.

The Gunners are without European football this term, and Arteta is desperate to bring it back to the Emirates.

Champions League qualification seems extremely unlikely, but if they want to make the Europa League they will have to close the gap on those above them.

When asked how his side can close the gap on the big six, Arteta said: “Well first of all understanding what the context is. So where the rivals are, what they’ve done to achieve what they’ve done and what we have to do to get there. And then just focusing on your process and what you can control because the rest is out of your hands.

“But you have to be realistic that if the gap is this big, there are things that have to be there to (reduce) this gap. There is not any other possibility because we don’t expect anybody to bring the level down. I think the opposite. I think they will try to increase the level even more.”

Elsewhere, Tim Sherwood has criticised Arsenal and Tottenham for signing “average foreign players” who “block the pathways” for academy players.

He said: “Both team’s recruitment has been terrible. Both clubs are signing average foreign players that block up pathways to their academy players and I don’t agree with that,” Sherwood said.

“It’s not healthy. I can’t remember the last time they signed a really good player. It’s been so long.

“I can’t really put my finger on any recent signings and say, ‘yeah, he’s been a brilliant signing’.

“Arsenal bring in the likes of Martin Odegaard, he’s a good footballer, but you’ve already got Emile Smith Rowe in that area.

“They let Joe Willock go to Newcastle – and if Arsenal ever needed a player that was a goalscoring midfielder… Willock showed in a cameo role off the bench for Newcastle how effective he can be in the Premier League.

“I scratch my head when I look at both Arsenal and Tottenham’s recruitment.”