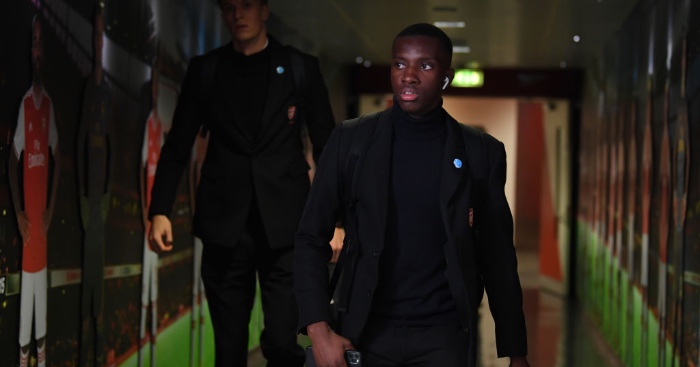 Youngster Eddie Nketiah, was preferred to in-form Gabriel Martinelli and Alexandre Lacazette to join Nicolas Pepe and Pierre-Emerick Aubameyang in their front-three.

And Dani Ceballos made his first appearance since November after returning from a spell on the sidelines with injury, partnering Granit Xhaka in central midfield.

Despite his choice raising eyebrows, Arteta explained the decision ahead of the game and claimed both players had impressed in training.

Asked about Nketiah, Arteta told Sky Sports: “He’s been training really well. He’s a kid that has a goal in him.

“I believe that we have a game ahead with a really low block and a lot of numbers behind the ball.

“He’s a very talented player to find goals and get into goalscoring situations.

“I trust him, that’s why I decided to keep him.

“Dani (Ceballos) has been, again, after the injury he had a few weeks where he had to pick his fitness up.

“But he’s been training really, really well and he completely deserves his chance.”