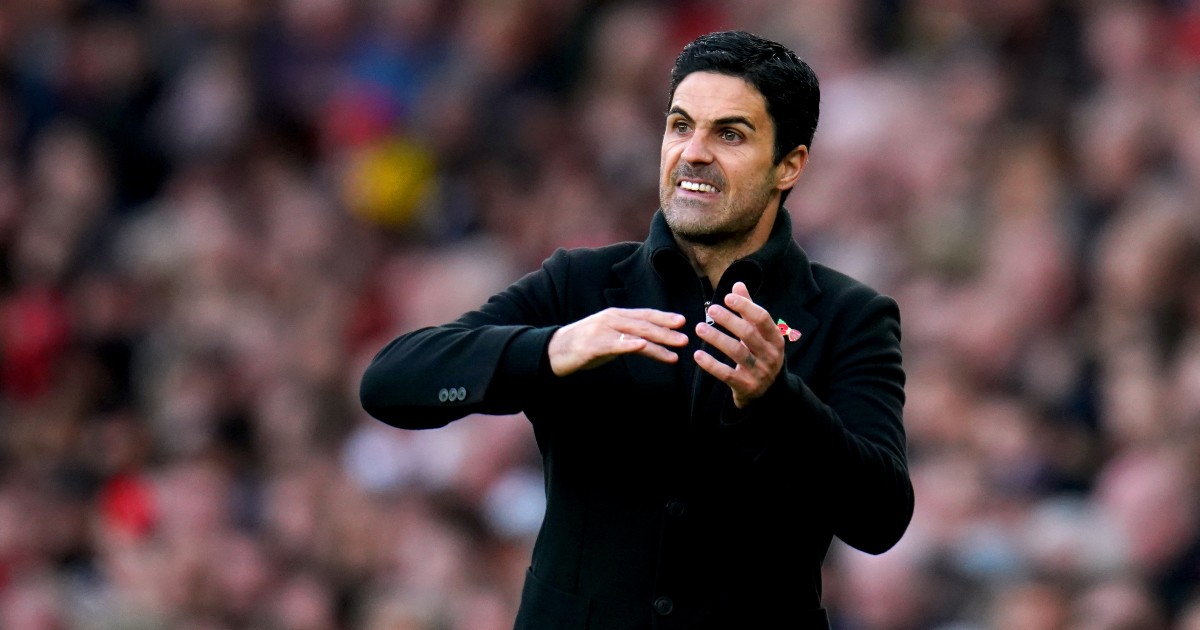 Mikel Arteta has given a straightforward explanation for his decision to substitute Arsenal defender Nuno Tavares in the first half of their FA Cup exit to Nottingham Forest.

Arsenal were beaten by Championship Forest in the third round of the FA Cup for the second time in four years as Lewis Grabban struck late on at The City Ground.

The Gunners put in an atrocious performance which was typified by the removal of Tavares in the 35th minute, the defender displaying no signs of injury as he threw his gloves to the ground when being replaced by Kieran Tierney.

Tavares also struggled in November’s defeat to Liverpool but retained his place, starting six consecutive Premier League games from October to early December before giving way to Tierney as Arsenal continue to rotate their right-backs.

“I just did it to try to improve the performance of the team,” Arteta said of the substitution.

When put to him that he must have known it would become a story in itself, the Spaniard replied: “I understand that but I have to make the decision to try to improve the performance of the team when it’s not going in any other direction.

“I don’t want to talk about any individuals.”

You can see why Mikel Arteta had enough, I will say that. #afc

Arteta added that “we were not good enough and we have to apologise for it” in a gloomy post-match interview.

Pundits Ian Wright and Roy Keane laid into Tavares for his dreadful half an hour, questioning his “disrespect”.

“He has started very poorly. He is coming off and he’s thrown his gloves down, I think this is the wrong manager to do that with,” Wright told ITV.

“Why is he upset?” Keane asked. “He must know [he could be substituted]. He’s right in front of the dugout and the manager, he’s been sloppy in everything he’s done.

“OK, a player can make a mistake but that sloppiness is down to his attitude and the way he started the game and you can’t start a game like that. You’ll get dragged off.”