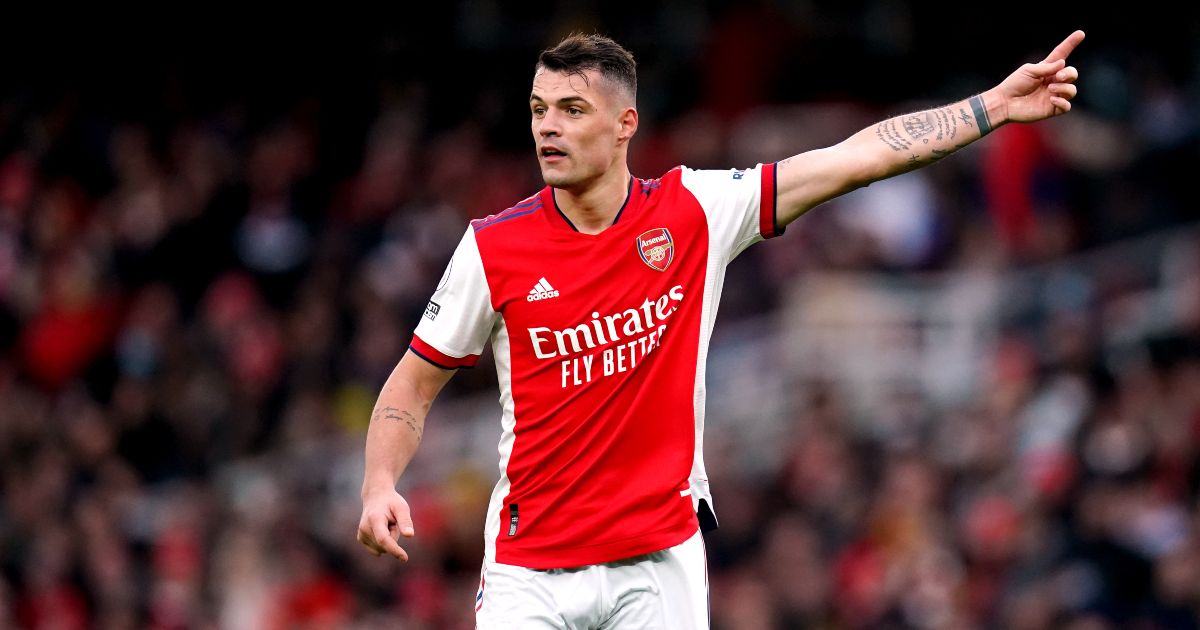 Arsenal boss Mikel Arteta claims Granit Xhaka refused to wear the captain’s armband on Saturday as it was meant for Kieran Tierney.

The Gunners ran out 2-1 winners against Brentford as a frustrating first half gave way to goals from Emile Smith Rowe and Bukayo Saka, with Christian Norgaard scoring a last-gasp consolation for the visitors.

The victory leaves Arsenal just a point off Manchester United in fourth, with Arteta’s side also having two games in hand on their rivals.

Arteta took Alexandre Lacazette off towards the end of the match against Brentford with the French striker handing the armband to his replacement Eddie Nketiah.

Nketiah went over to give Xhaka the armband but the Switzerland international turned him down twice.

Instead the striker just put the armband on until the next break in play when he found Tierney, who took it off him for the final minutes of the match.

When asked why Xhaka refused to accept the armband, Arteta said: “Because it was for Kieran. Kieran was the next in line and that’s the reason why.”

He was then asked if Nketiah had been given the wrong instruction, to which Arteta replied: “Maybe Eddie didn’t pick it up and Granit told him he should have to give it to Kieran. That’s it.”

💬 “Playing at home right now is just incredible with the atmosphere we are getting here every game, and the players loved it.”

Meanwhile, Smith Rowe admits it was “surreal” to hear his name ring around the Emirates Stadium as he hit his 10th goal of the season in Arsenal’s victory over Brentford.

“It’s a bit surreal to be honest,” Smith Rowe told Arsenal Media. “Me and Bukayo have both come from the academy, Eddie (Nketiah) as well.

“To hear the fans screaming our names and scoring together, it’s just been great.

“I’m buzzing. The goals are really starting to come now but the most important thing was the three points.”

Smith Rowe’s goal also saw him become the first Arsenal academy star to reach double figures in a season since Cesc Fabregas hit 19 in the 2009-10 season.

“That means a lot, you know. It’s always been a dream to play for Arsenal so to hear that, it means a lot.”