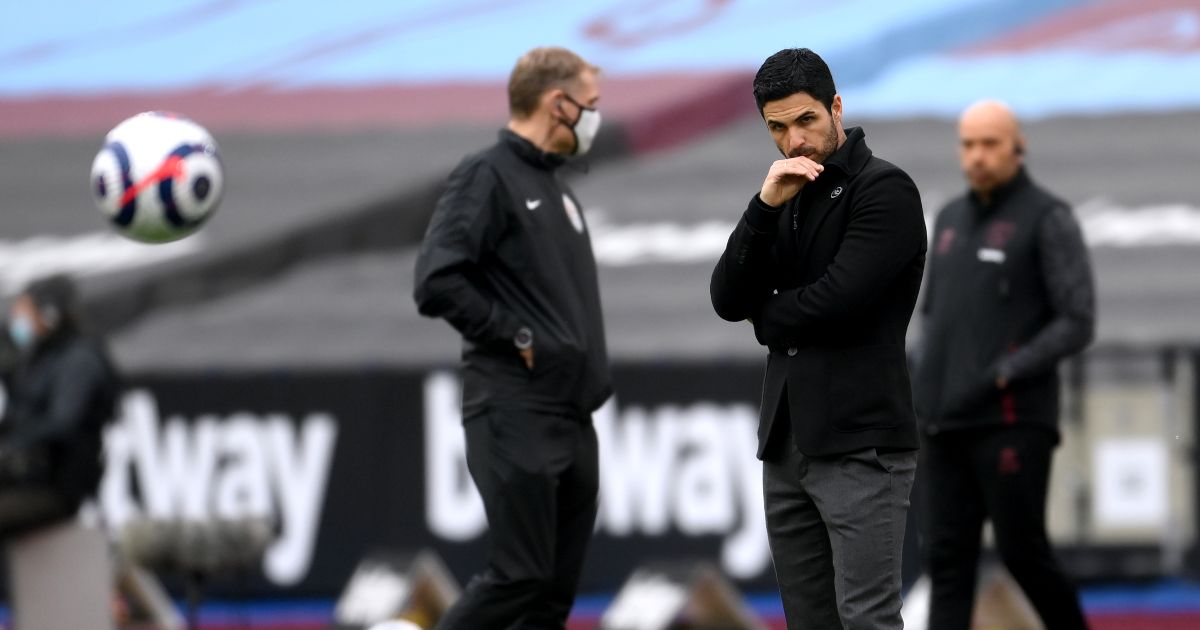 Mikel Arteta wants his Arsenal side to “show” Gary Neville and Jamie Carragher what they “can do” after receiving heavy criticism from the Sky Sports pundits.

The Gunners put in a terrible performance at the Emirates Stadium on Saturday as Liverpool  – who were well beaten by Real Madrid last night – rolled them over.

On Neville and Carragher’s comments, Arteta said: “No response. I think we have to respect every opinion and when there is criticism coming after the way we played against Liverpool, we have to take it on the chin because it’s fully deserved for the way that we played.

“It’s no time to respond, it’s time to talk on the pitch and show what we can do. When we are at full gas, that is a lot.”

When pressed on their criticism, the Arsenal boss added: Listen, I don’t read or listen. Obviously, I need to be aware of what has been said.

“Whether it’s in training or in a football game and in the last two days again, I’ve seen that. I didn’t see anything different. That’s why it was a big shock to the system, what happened against Liverpool.

“Because of the training that we showed since December but probably it’s part of the journey. Sometimes a punch or a big slap in the face is a good thing to go back to reality.”