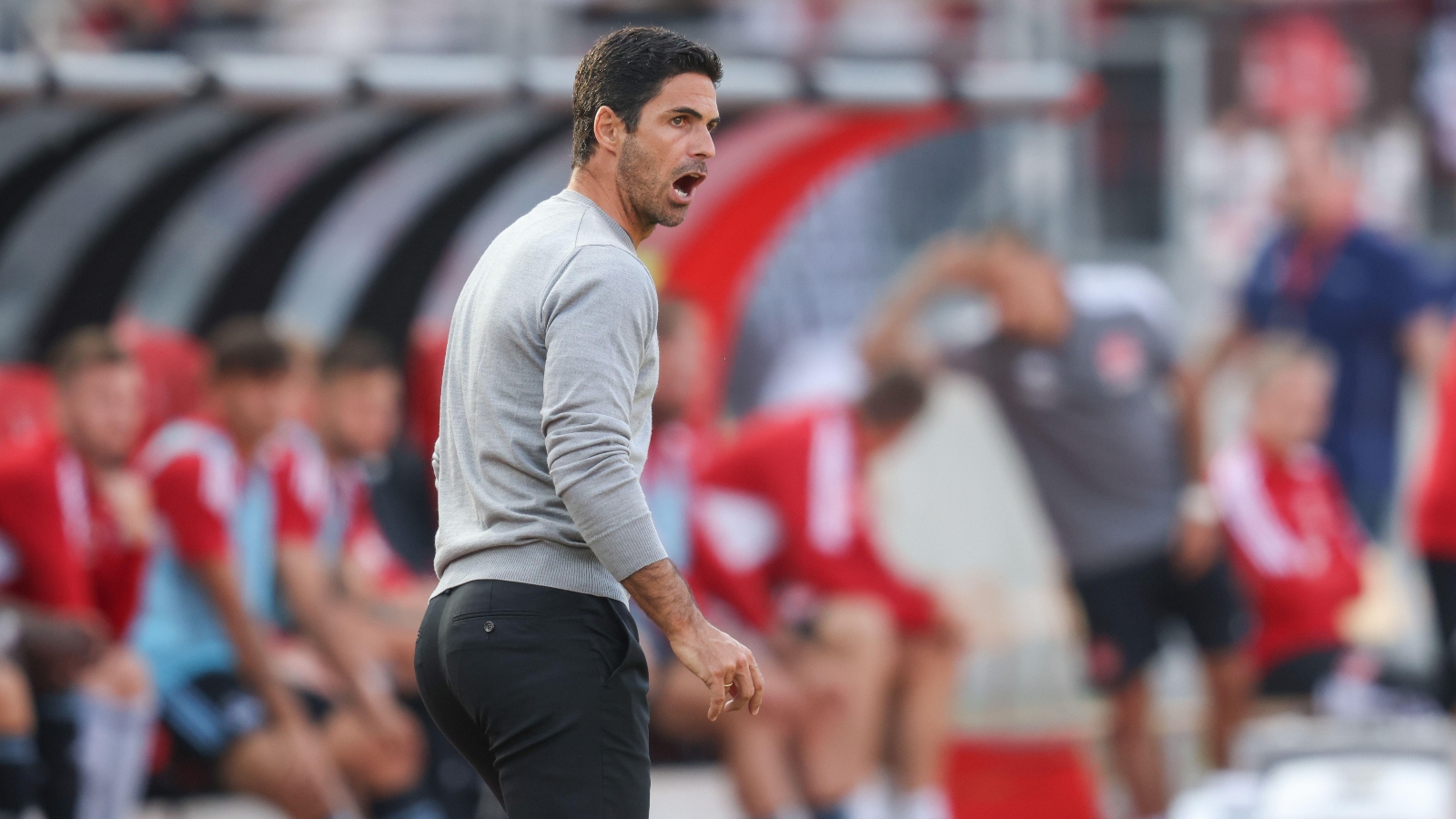 Mikel Arteta believes Arsenal’s defeat at Brentford last season built character within the squad to put on the display they did at the Gtech Community Stadium on Sunday.

The Gunners were comfortable 3-0 victors in west London thanks to goals from William Saliba, Gabriel Jesus and Fabio Vieira.

Arteta was high in praise of Saliba – who spent last season on loan at Marseille – after the victory.

“He hasn’t trained for ten days. He had some discomfort. He only had one training session and he comes in and competes the way he does.

“The ugly part of the game especially that people won’t recognise too much. To do that, he deserves some credit.”

Another player who pleased Arteta was Granit Xhaka, who has been superb all year.

The Swiss midfielder set up Jesus for the second goal of the game with a delightful cross.

“He [Xhaka] has got this character and respect and admiration,” Arteta said.

“He has had some difficult days which make him a better person and a better player.”

Arsenal were battered by Brentford on the opening day of the 2021/22 season as the Bees celebrated their first Premier League match with a 2-0 victory.

The result last August was referenced aplenty going into and during Sunday’s bout, and Arteta has said the loss was a “building character day”.

“The natural thing to do to describe what happened last year as a really bad day,” he said. “The way I describe it is as a building character day and that’s very different.

“The team has to evolve and have the journey together and has to go through those moments. They have to react and can’t give up and question everybody or blame other people. Or they can look in the mirror, take the lesson and move forward.

Arteta also heaped praise on Brentford – whose head coach Thomas Frank believes the Gunners can compete for the Premier League title this term.

“Difficult,” he added. “They don’t need much to get you in a difficult rollercoaster of actions where you are constantly under pressure.

“They have a magnificent crowd, they are really good at what they do. But we managed to take the game where we want it. Credit to the boys for doing it.

“In different moments we always stick together. We had 12 first-team players in training yesterday but I don’t want to use excuses. But you saw today we had some kids.”

With his side 3-0 up late on, Arteta handed a debut to 15-year-old Ethan Nwaneri, who became the youngest player in Premier League history by coming on.

On his decision to bring him on, the Spanish manager said: “It was a pure gut feeling. I met the boy (and) really liked what I saw.

“Per Mertesacker and the academy staff are giving me really good information, Edu as well. I met him, he’s trained a couple of times with us.

“Yesterday he had to come because we have injuries, especially the injury of Martin (Odegaard), and then I had that feeling from yesterday that if the opportunity could come that I was going to do it and I just done it.

“It’s great. He deserves it. He has been doing great. He is such a big talent we want to keep with us.”

Another Arsenal debutant was Fabio Vieira, who joined the club from FC Porto for a fee in the region of £34million in the summer transfer window.

He marked his full Premier League debut with the goal of the day and Arteta believes his performance in a difficult fixture ‘shows his character and quality’.

“I think he is having a good progression,” Arteta said.

“He has missed the whole pre-season due to an injury and that was very unlucky but we know his talent.

“We know the reason why we signed him and what he can bring to the team but to do it against Brentford in this ground on his Premier League debut is a different story and he shows again his character and his quality.”

Xhaka also told Sky Sports that the Gunners “have a different mentality this season” with his side sat top of the table with 18 points from a possible 21.

“We have a different mentality this season,” the captain for the day said. “We kept going and are training like we play and have class with the players that can make a difference.

“You have the class in the front and they make the difference. More than happy we are in a good way but a long way to go.”