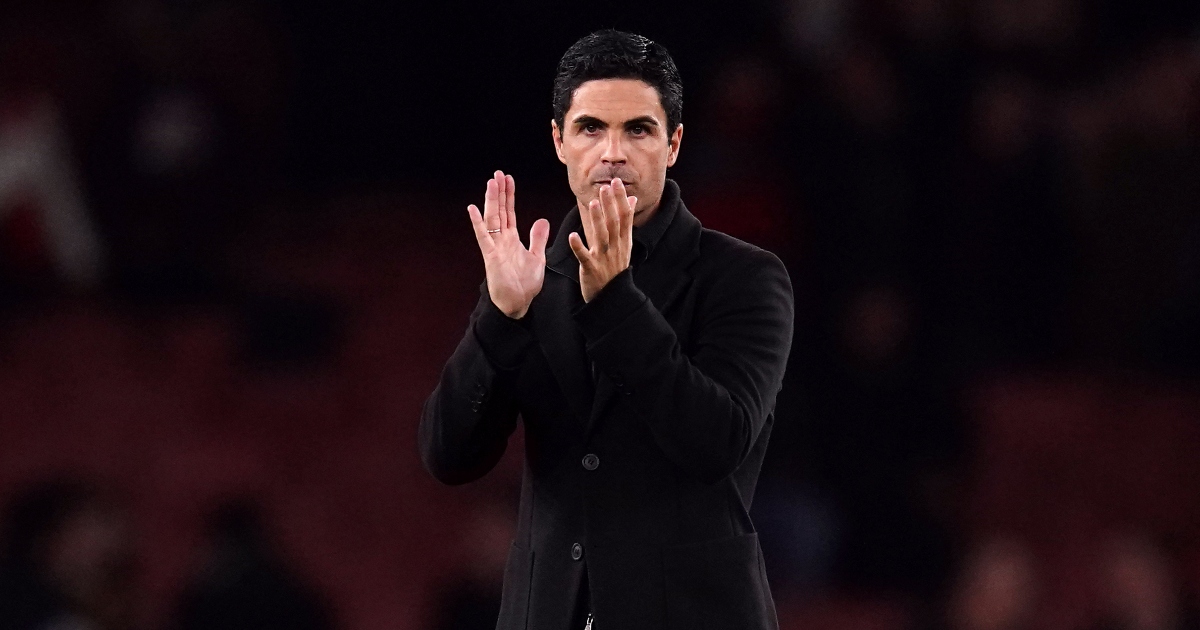 Mikel Arteta has hailed the “hunger and desire” throughout the Arsenal squad following their 2-0 Carabao Cup win against Leeds United.

Calum Chambers and Eddie Nketiah were on target on Tuesday evening as the Gunners advanced to the quarter-finals of the competition.

The Spanish manager made numerous changes for the match, only keeping Benjamin White and Emile Smith Rowe in the starting XI from their Premier League win over Aston Villa on Friday.

Chambers replaced White who went off injured, scoring with his first touch of the match to open the scoring.

Arteta was pleased with the performance, hailing his fringe players for their effort towards securing the win.

“A really good performance over a team where the manager in every action is so committed,” he told Sky Sports.

“We understood the game and what we had to do, we did this the right way.

“They gave us some issues, they always do, but we created a lot of shots and situations without being very clinical, we adjusted a few things at half time and we were better and stronger.

“We had some strong individual performances. They deserved the opportunity and grabbed it. We have hunger and desire and players willing to work, we need to carry on with this run and win more matches.”

The Arsenal boss also confirmed that White was substituted off due to feeling unwell.

He said: “With Ben and with some others, he had a bug, so he wasn’t feeling great.”

Meanwhile, Arsenal could be “forced to cash in” on Marseille loanee William Saliba as he feels that he is not “appreciated” by Arteta, according to reports.

Saliba is yet to make his senior debut for Arsenal. Over the past couple of years, he has had loan spells at Saint-Etienne, Nice and Marseille.

The Sun are reporting that Arsenal may be “forced to sell” the defender. This is because they are “struggling to convince” him that he has a future at the club.