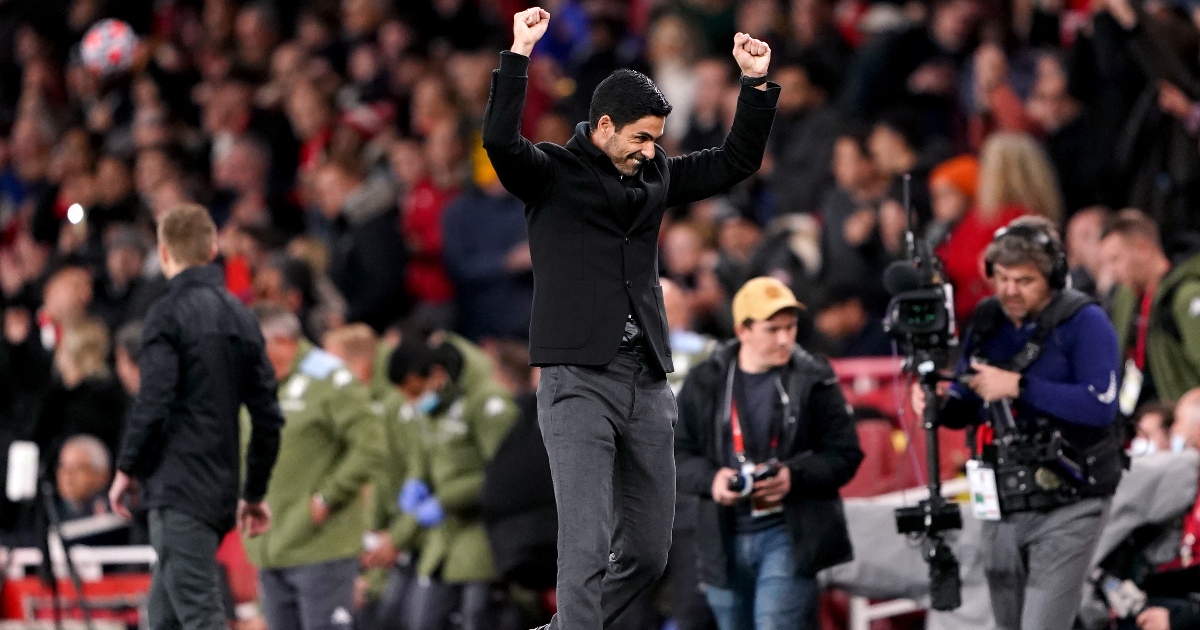 Arsenal manager Mikel Arteta has heaped praise on his young players after the Londoners brushed Aston Villa aside on Friday night.

The Gunners looked excellent on the night, pressing from the start and going ahead early on thanks to a Thomas Partey header.

Partey’s goal was his first for the north London club, 40 appearances into his time at the Emirates Stadium.

Pierre-Emerick Aubameyang put Arteta’s men 2-0 up after converting the rebound from his penalty that was saved by former Gunner Emi Martinez.

Emile Smith Rowe made it three after 56 minutes, continuing his excellent run of form.

The 21-year-old also assisted the opening goal, whipping in a corner for Partey to flick past Martinez.

He has been a revelation in the team since breaking into the starting XI last season, and alongside the likes of Bukayo Saka, has carried the side to many a win.

“This is what you get [from young players]. They can get you the level, they need the consistency,” Arteta told BBC Sport.

“That comes with experience and maturity. It has to happen now. They showed they can do it tonight.

“It was really impressive what they did, especially Nuno Tavares. This was his first start. To play with courage, credit to the boy.

“We reviewed the Crystal Palace game, how we started and why we weren’t consistent in the game. We put it right today.”

Arteta added: “The way we started the game and the way we continued [were good]. We attacked them really aggressively, we won every duel. We were creative, a threat. I’m proud of the team, they played really well.

“This is how we have to play. This is when we are good, when we play with real desire, real commitment and can have clear ideas of how to attack them.

“We are closer together as a team. Our decisions were good. We have good players.”

On only leading 1-0 despite having plenty of chances: “That was the worry. That [second] goal was really helpful. We deserved many more. Villa are a really good side. When they had a little bit of the ball in your half they can cause problems.”

Arsenal were awarded a penalty in first-half stoppage time. Referee Craig Pawson had blown for half-time but was told to check the monitor by VAR, and he did, giving the Gunners a spot-kick.

“This is why VAR is good. The ref can’t see it. VAR overturned,” the Spaniard said.