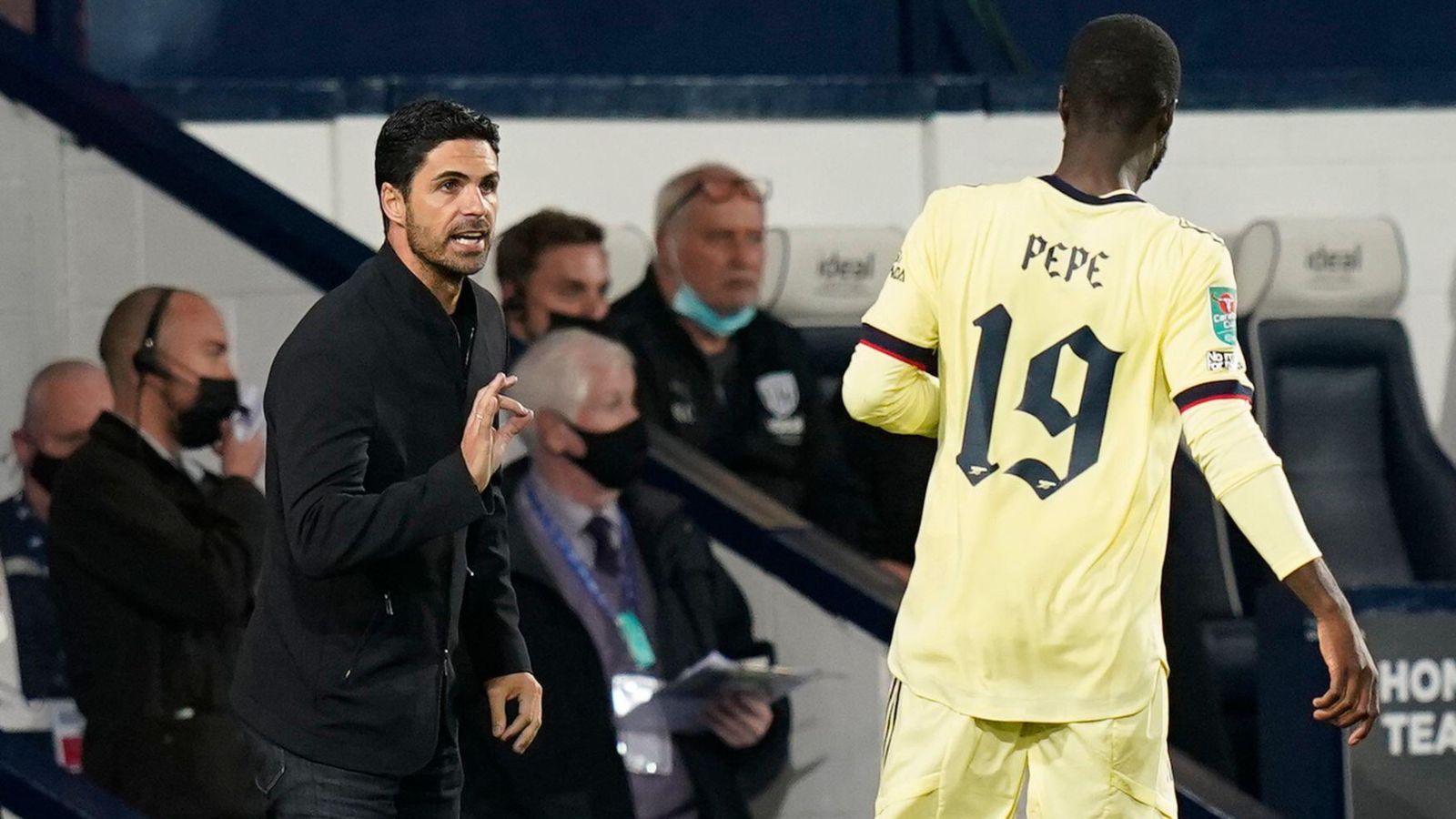 Arsenal boss Mikel Arteta admits Nicolas Pepe could leave this summer as “anything is possible” before deadline day.

The Ivory Coast international is yet to live up to the expectations of his £72m transfer fee after moving from Lille to the Emirates Stadium in 2019.

Pepe only made five Premier League starts under Arteta last season and there is an expectation that he will leave this summer.

A report yesterday claimed that the Arsenal winger has emerged as an ‘ambitious target’ for French side Nice but they only want him on a loan deal.

And Arteta hasn’t ruled out Pepe leaving the Gunners this summer after scoring just 27 goals in 112 appearances for the Premier League side.

On Pepe’s future, Arteta said: “What we can communicate we always do when it’s the right moment. We discussed that we have a big squad and we’ve made some decisions and allowed some players to leave. Until the end of the window anything is possible with any player.

Speaking to reporters at a pre-match press conference about potential incomings, Arteta added: “We want to only bring certain qualities through that door and if not then it’s not worth it.

“I will be totally happy and focused on getting the best out of these players, for sure.”

On whether he’s confident Bukayo Saka will sign a new deal, Arteta continued: “I am very confident that we as a club, Bukayo and his family and agent are all aligned. Now it’s about putting that on a piece of paper

“I would like that to get done because I don’t want players to be distracted in the season. But these things take time.”

Arsenal will face Bournemouth tomorrow as they look to maintain their perfect start to the Premier League season following victories over Crystal Palace and Leicester City in their first two outings of the campaign.

And Arteta has revealed that he has no fresh injury concerns ahead of the match against Scott Parker’s men.

“Everybody is OK,” Arteta said.

“Cedric [Soares], Fabio [Vieira] and Emile [Smith Rowe] played for the U21s. They are OK, they have trained all week so they are available.”

Arteta also confirmed that new signing Marquinhos will not be leaving on loan this summer, he said: “I am very happy with him.

“He’s adapted really well. He’s a likeable figure even if his language is not great yet. We’re going to keep him here for another few months and make sure he establishes himself and then see what is best for his development.”