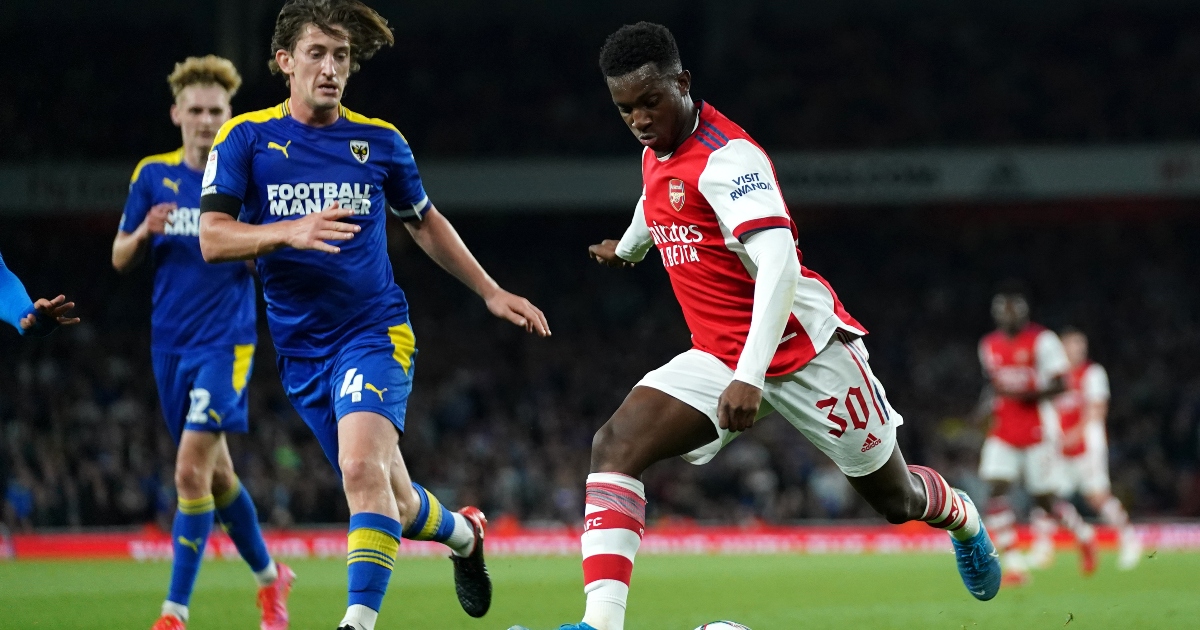 Arsenal manager Mikel Arteta is hopeful that Eddie Nketiah will stay at the club despite his contract at the Emirates expiring next summer.

Arteta has backed the young striker to become a “top, top player” after he scored the second in the Gunners’ 2-0 win over Leeds United in the Carabao Cup on Tuesday night.

Calum Chambers opened the scoring just 21 seconds after coming off the bench before the former Leeds loanee’s tap-in.

It was only Nketiah’s second appearance of the season, his first coming in the third-round success over AFC Wimbledon.

England’s all-time record goalscorer at Under-21 level saw a move to Crystal Palace break down in the summer but, despite his limited minutes, Arteta is keen for Nketiah to sign a contract extension.

“We had a situation in the summer that we tried to resolve and we couldn’t either way,” he said.

“That contract situation is more and more common in football for where we are coming from with Covid and a lot of the issues that we have to resolve.

“I have full belief that he is going to be a top, top player and hopefully at Arsenal. I’m happy to have him, he is our player, I regard him really highly and from my side I want him to stay.”

Asked if there was an update on any contract talks with Nketiah, Arteta replied: “No.

“I have no doubts what he can offer. Whatever you throw at him, he wants more and he demands himself more.

“I’m delighted to see the performance he had. He totally deserved it. He has other players who play in that position and he has a personal situation but I try to leave that aside.”

On the performance against Leeds, the Spanish manager told Sky Sports: “A really good performance over a team where the manager in every action is so committed.

“We understood the game and what we had to do, we did this the right way.

“They gave us some issues, they always do, but we created a lot of shots and situations without being very clinical, we adjusted a few things at half time and we were better and stronger.

“We had some strong individual performances. They deserved the opportunity and grabbed it. We have hunger and desire and players willing to work, we need to carry on with this run and win more matches.”