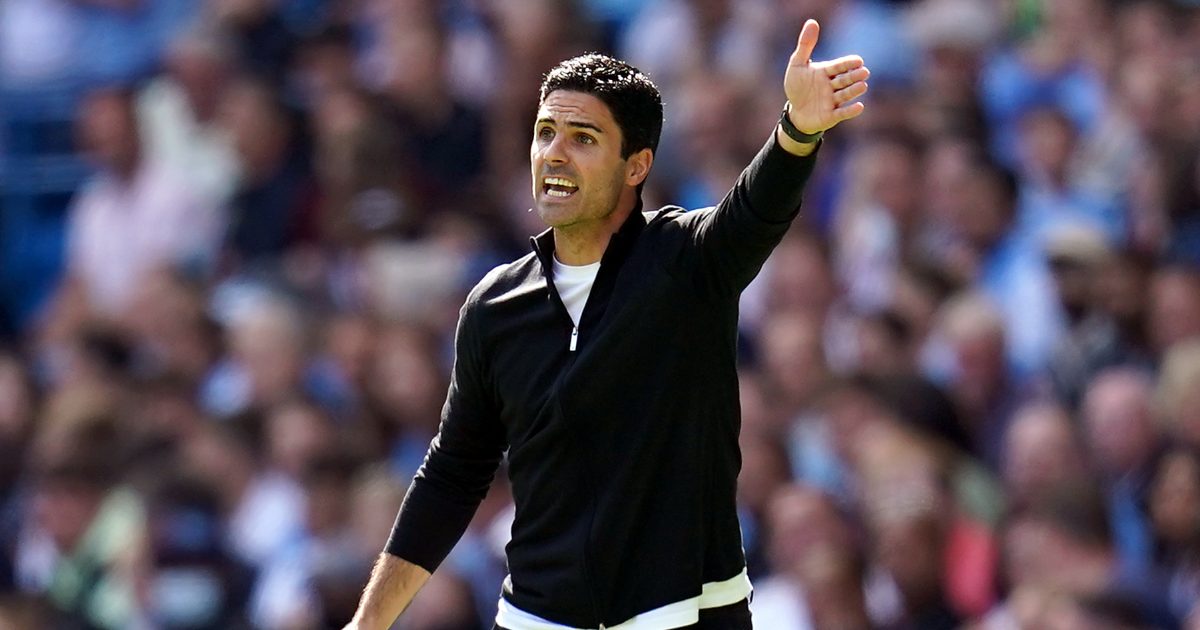 Mikel Arteta is hopeful that Arsenal will be in a “better place” after the international break on the back of their “difficult” start to the new season.

Arsenal suffered back to back defeats in their first two Premier League games in 2021/22. They were beaten 2-0 by Brentford on the opening day before they also lost 2-0 to Chelsea last weekend.

The Gunners booked their place in the next round of the Carabao Cup in midweek as they hammered West Brom 6-0.

But they fell to a 5-0 defeat against Manchester City at the Etihad on Saturday.

Granit Xhaka was shown a straight red card in the first half. City were already 2-0 up at that point thanks to goals from Ilkay Gundogan and Ferran Torres.

Torres got his second late on before Gabriel Jesus and Rodri added to their lead either side of half time.

Arsenal have now lost their first three Premier League games in 2021/22 and they have conceded nine goals in the process.

Arteta was interviewed after the defeat by BBC Sport. He was pleased with his player’s “body language and attitude” in the second half:

“The first goal was the most disappointing, we were in control of the game, we took the game exactly where we wanted to,” Arteta said.

On the second half: “I was concerned because mentally it is a really tough one to take, after the third goal you are going to play 60 minutes with 10 men against the best team in the league.

“You can go down and you can start to see body language and attitude towards each other that can worry me, I didn’t see that.

“I have to say thank you the 3,000 fans, they were terrific. I think the players did well to go and thank that.”

On Arsenal’s plans forward: “For me, it is pride and more willingness to change the situation. A lot happened in the last three weeks we are in a difficult position.

“The international break will do us some good to recover some of the big players we are missing at the moment and hopefully we come back we are in a better place.”