Home Arsenal Arteta: ‘I know I will be sacked by Arsenal’ 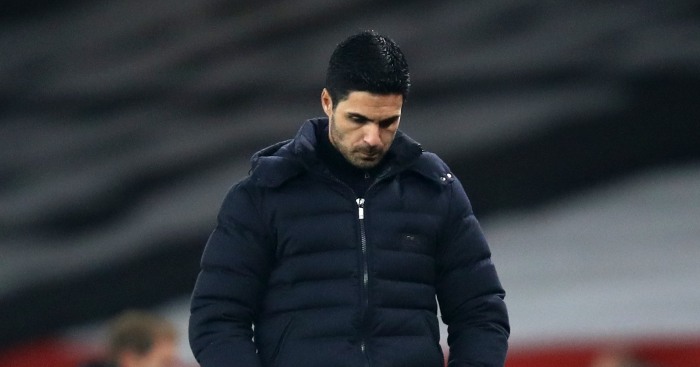 The Gunners have had their worst start to the season in 39 years as they sit in 14th place with just 13 points.

“It’s something that the day I decided to be a coach I know that one day I will be sacked or leave the football club,” said Arteta.

“I don’t know if it’s the day after I sign my contract, in a month’s time, a year’s time or six months’ time. I never worry about it.

“My only concern is to get the best out of the players, give the best possible service to the club and become better and better.

“I know, I repeat, in this profession, one day I will get the sack or leave but I don’t know when that is going to happen.”

The defeat to Wolves was overshadowed by a sickening clash of heads between David Luiz and Raul Jimenez.

The Wolves striker was stretchered off the pitch and rushed to hospital but Luiz carried on, bandaged up and bleeding.

He was eventually replaced at half-time by Rob Holding.

Arteta said: “David is OK. He has nasty cut. He was conscious. They did a test for him, he was completely fine, but he was uncomfortable playing with that.

“But obviously, really worried for Jimenez, because it looked really nasty. We would like to send him our best wishes, our love to him and his family as well. Hopefully it is not as bad as it looks.”

Asked how the medical department handled the situation with Luiz, Arteta said: “First of all the doctor all the time has to check – there is a protocol – that he hasn’t lost any consciousness, which he didn’t.

“They have some tests they have to do before they put him back on the pitch, and then David was just concerned about the cut, nothing else. They will continue to do some checks in the next few hours but he was fine.”

Arteta then said he had taken Luiz off at half-time because he was “very uncomfortable, he could not really head the ball and obviously a central defender who cannot head the ball cannot continue”.