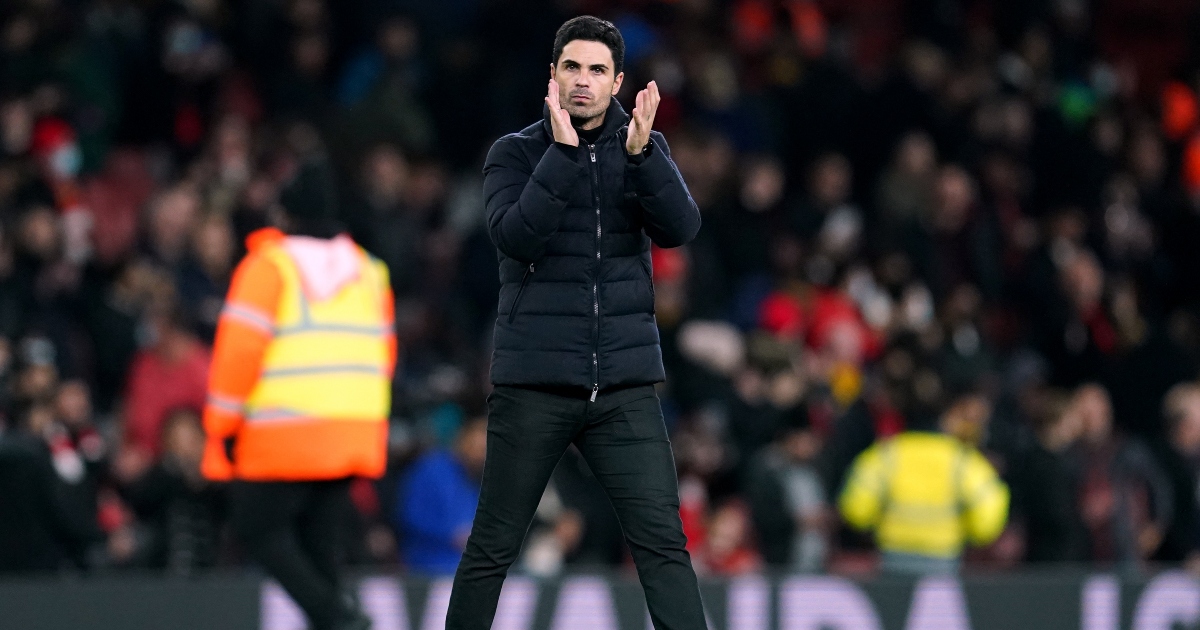 Mikel Arteta insists Arsenal “have to learn” to be more disciplined on the pitch following Thomas Partey’s red card against Liverpool.

The Gunners were knocked out of the Carabao Cup by Liverpool on Thursday night after a 2-0 loss at the Emirates.

Partey returned to the squad – 48 hours after playing for Ghana at the Africa Cup of Nations – and came off the bench in the second half.

Unfortunately for Arteta, the midfielder was shown two yellow cards late on, meaning he will miss this weekend’s match against Burnley.

It was Arsenal’s 14th red card under the Spaniard, meaning their on-pitch discipline is becoming a major issue.

“It’s a big loss,” Arteta said. “We have to learn from that.

“We’ve played the last three games with ten men and against top sides you can’t do that because you’re completely exposed. It’s not what we need with a lot of people out.

On the semi-final defeat to Jurgen Klopp’s side, Arteta said: “Really disappointed, we wanted to be in the final. There are moments we had them and you have to score and take advantage in the tie. We hit the bar, lost big opportunities in big situations to finish the game off.

“We really believed we could do it, we created an incredible atmosphere, the players were excited so it is a hard one to take.

“It was remarkable what five or six players have done to be available today without training. Thomas Partey tried to help but we ended up with 10 men. He has experience, knows how we have to play but we played three times this year with 10 men.

“It is evident the squad is short and we are trying to work on that.”