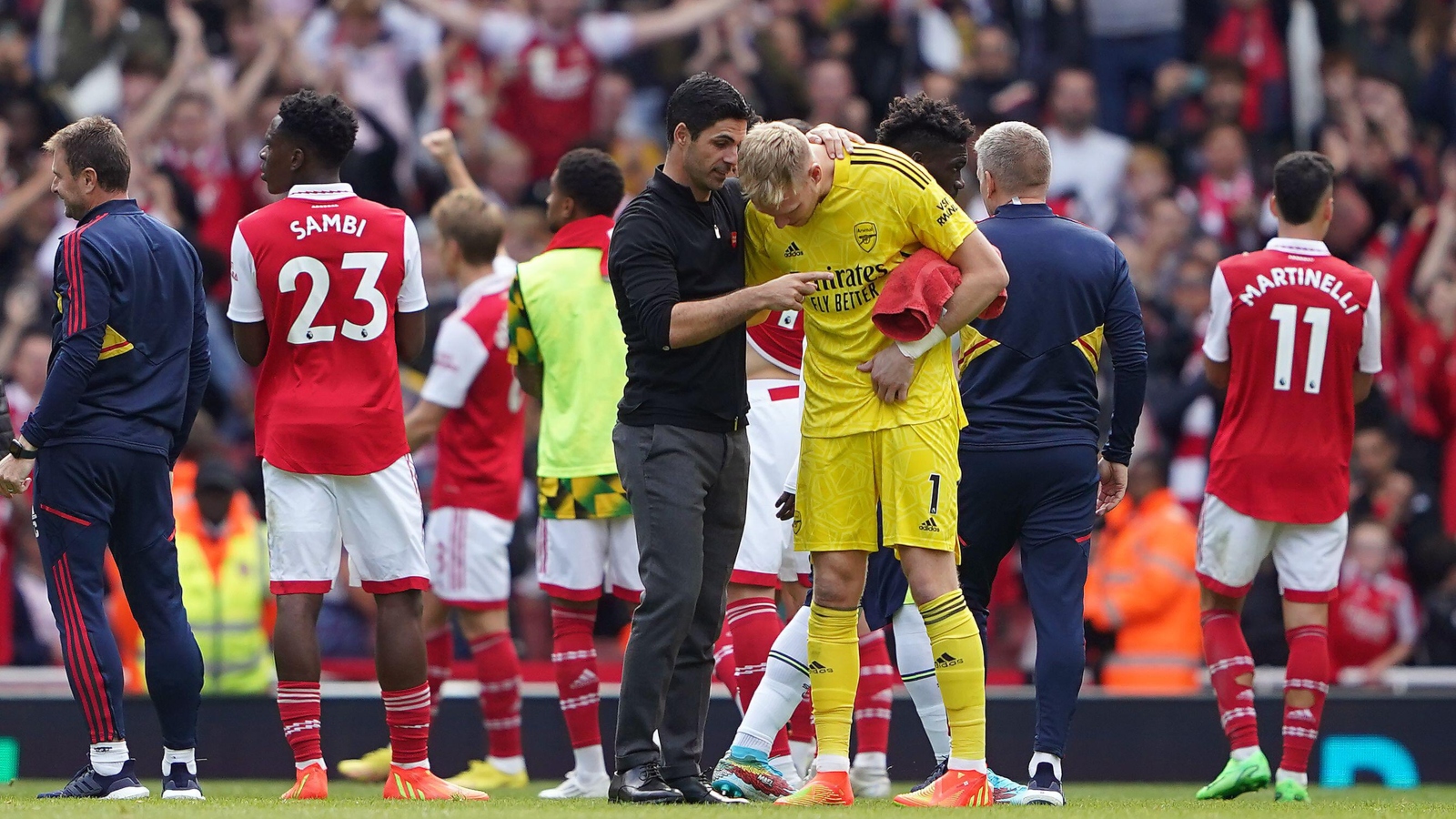 The Gunners were 3-1 winners on derby day courtesy of goals from Thomas Partey, Gabriel Jesus and Granit Xhaka.

Arteta says it was a deserved victory – which it was – and is very pleased with the connection he and his team has with the club’s supporters.

“The players grabbed the game and deserved to win it,” the Spaniard told BBC Sport. “It was the whole team – starting from the back to front. They really connected today.

“I hope this will give them more belief that they can win at this level in the way we want them to play.

“We have connected with our supporters and when that happens it is a really powerful thing.

“We have a really meaningful opportunity to give a lot of people happiness on a beautiful day and we have delivered that and it is a really great feeling.

“We are focussing on what we are doing. This is a sign that we are going in the right direction. We need to maintain that now and go for it.

“You feel the desire and humility – they haven’t won anything yet and that is important to have that humility, which is a big driver for us.”

Speaking to BT Sport, Arteta added: “They were phenomenal. We went from it and we created great energy in the stadium and deserved to win the game.”

Arsenal will finish the weekend top of the league with the victory against Spurs making it seven wins from their opening eight Premier League fixtures.

“With our way of playing we can attack in different ways,” Arteta said about his side’s form. “They [Tottenham] don’t need much and you have the feeling that they can create. You have to live with that.

“But we didn’t have that in the back of our mind, we were free, courageous and brave and this is what we demand from the players. It gives us a lot of encouragement and confidence to believe that we can play at this level.”

Jesus has been one of the best signings of the season so far and made it five league goals for his new club with his tap-in against Antonio Conte’s team.

“It’s his winning mentality, the way he trains every day it brings confidence to the team and he has taken us to a different level,” Arteta said on the Brazilian striker.

Jesus also told BT Sport: “To be honest it’s the second time I scored in a derby. The first was for Brazil against Argentina. I’m very happy, I want to score in every game and the way team played from the first minute showed how we wanted to play.

“We deserved to win, I don’t know how many chances we created. I am feeling at home because of the guys, the staff, the club and it’s helped a lot. I’m really happy here and we are in a good way.”

It has been one heck of a remontada from Xhaka, who is playing out of his skin as a box-to-box midfielder under Arteta.

The Swiss midfielder says his side were the better team from minute one and is pleased to get his first goal against Spurs.

“We didn’t have a lot of weeks to prepare because of the international break, but we saw yesterday in training that we were ready,” he told BT.

“From the first second I think we were the better team. After we conceded we were struggling a little bit, but in the second half we were much better and I am so happy to score and help the team to win.

“My first derby goal in England. I’m more than happy to help the team. The team is the most important thing.”