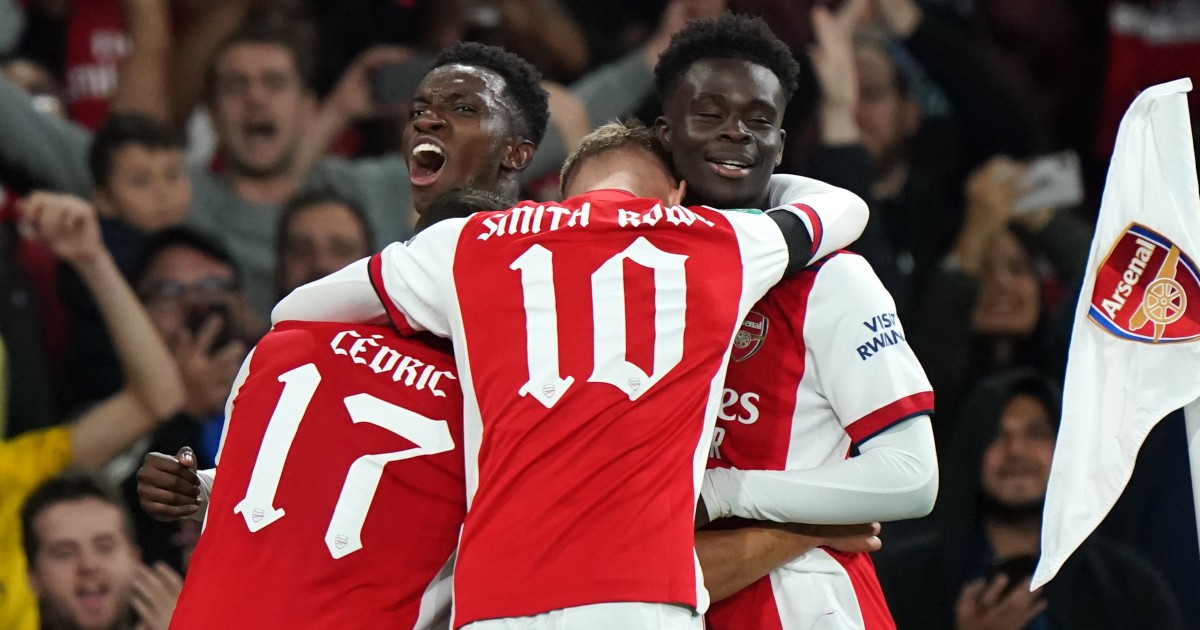 Mikel Arteta has named the player who sets the example in Arsenal training.

The Gunners continued their recent revival by beating AFC Wimbledon and securing a place in the Carabao Cup fourth round.

Alexandre Lacazette opened the scoring with a penalty before Emile Smith Rowe settled any Emirates nerves in the 77th minute.

Nketiah added a third soon after with a wonderful backheel and earned the post-match plaudits of Arsenal boss Arteta.

“I think Eddie gives us a lesson every day in how a professional should live in this job,” he said, as quoted by the club’s official website.

“There’s been a lot of speculation around him, a lot of debate but he’s got his head down and trained harder than anyone else, he looks after himself and he supports all his teammates in any circumstance.

“So I am so happy for him, and it’s no coincidence that he’s able to perform at that level and physically how he manages the game, because he trains the best every day, so I am delighted for him.”

The 22-year-old was expected by some to leave for free upon the expiration of his current contract next summer, with his first-team chances proving to be too limited.

Arteta actually accepted the blame for Nketiah’s situation in March.

“It hurts because of how Eddie behaves and trains every day and because he’s a player from our academy, but he will have his chance,” the Spaniard said at the time.

“He needs to be patient and he’s showing no signs of lacking attitude or anything like that, it’s the complete opposite.

“He’s a joy to work with and he deserves minutes and if he doesn’t get it, it’s just my fault.”

Arteta also provided an update on the development of Arsenal youngster Charlie Patino, who “was very close” to being named in the matchday squad.

The teenager has forged a formidable reputation in the club’s youth system, attracting interest from Barcelona and being described by one scout as “the best player who has ever walked through the doors at Hale End”.

It was hoped he would at least be on the bench against AFC Wimbledon but Arteta explained his decision to leave Patino out.

“We decided as well that some players needed minutes and it will happen naturally in time,” he said.

“Charlie has been good, he’s trained more and more with us and played a practice game at Colney and he was really good.

“Again, give him time and we will prepare him.”