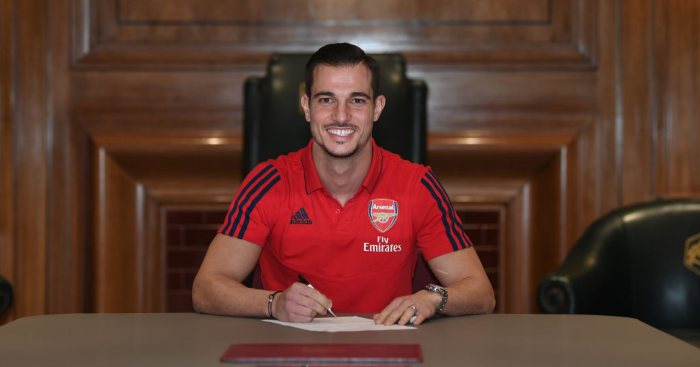 Arsenal boss Mikel Arteta hopes the club’s January additions can help make them more unpredictable, but warned the loan pair of Pablo Mari and Cedric Soares they must fight to guarantee a long-term future at the Emirates.

The Spaniard declared himself happy with the Gunners business in the winter transfer market, with no senior players departing and two more options now in defence.

Centre-back Mari has signed from Flamengo and could move permanently in the summer and Soares, who has six months left on his deal with Premier League rivals Southampton, has also moved to north London.

While happy to have them on board, the 37-year-old Arteta insists they have to prove their worth given Arsenal have other alternatives at the heart of defence and in the right-back position.

Arteta said: “What I want is to have more options and more availability to be a little more unpredictable about what we’re going to do. Having different faces of our play and different options makes it difficult for our opponent.

“We have done so far the business we could do, which are loans at the moment. Further on when those loans come to an end, we will see where we are.”

Before Hector Bellerin returned to fitness earlier this month, midfielder Ainsley Maitland-Niles had filled the void at right-back.

Quizzed on where the Arsenal academy graduate can flourish best, Arteta said: “I think he can play in various positions.

“He can do really well at full-back as well. The way I like full-backs to behave, sometimes to play more inside as midfielders, he is a very useful player.

“He has got great speed, technically gifted and he is a good passer of the ball, but as well he can play as an attacking midfielder because he is a threat with his runs.

“And he can play holding midfielder because he has played there a lot in his career. It is good to have players who can play in various positions.”

In a similar scenario to Maitland-Niles, Bukayo Saka has also been used out of position this season and recently played left-back to cover for the injuries of Kieran Tierney and Sead Kolasinac.

Soares, who is currently recovering from a knee problem, is capable of playing both on the right and left side of a back four, but that does not mean the young Arsenal duo will no longer get a look in and they should feature at Burnley on Sunday.

“They are going to start and play if they deserve to play and they perform at the level they have to for the level of this football club,” Arteta said.

“A football club of this level needs competition, two or three players in that position to fight and if they are able to fight and compete and they are better than the other one, they will play. If not, someone else will play.”

One major concern for Arteta at the start of January was whether Granit Xhaka would remain at the club and midway through the month he had to contend with rumours about captain Pierre-Emerick Aubameyang.

He revealed: “There were some situations we had to deal with.

“I tried to deal them in the best possible way, with beliefs I have and what I thought and how valuable those players could be for the squad and I have players I wanted.”