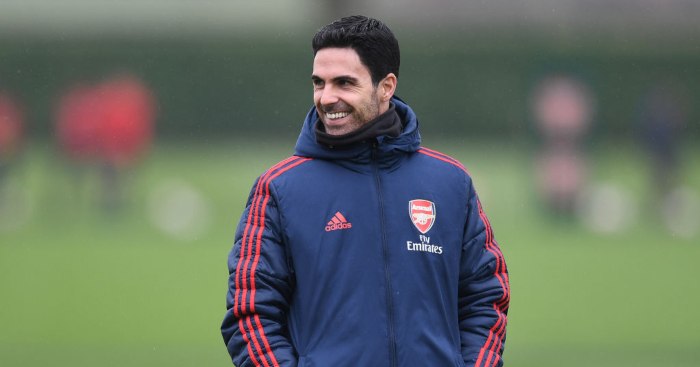 The international break is giving Mikel Arteta an opportunity to get a good look at young striker Nikolaj Moller.

The 18-year-old has been training with the first team squad this week with Arteta looking at options to improve Arsenal’s attacking woes.

Moller – signed from Malmo in the summer – has been compared to fellow countryman Zlatan Ibrahimovic due to his talent and skillset.

Speaking to Fotboll Skane, Moller was asked to describe his game: “I feel that I am a modern striker.

“I play with few strikes, help the team, good on the head, strong, never lose duels wrong turn, difficult to take the ball away.”

Moller has also spent two seasons in Italy in the Bologna youth setup and spoke of the impact that time has had on his game.

He added: “In Italy, I learned a completely different attacking game. They want every player on the team to try to be the best in the world.

“They really put in the time and give you a lot of help.

“I look at football completely differently now. It used to be playing as a target player, but there is so much more.

“How to run in the box, what to do in situations there and there.”