Home Arsenal Arteta not interested in swap-deal for Barcelona outcast 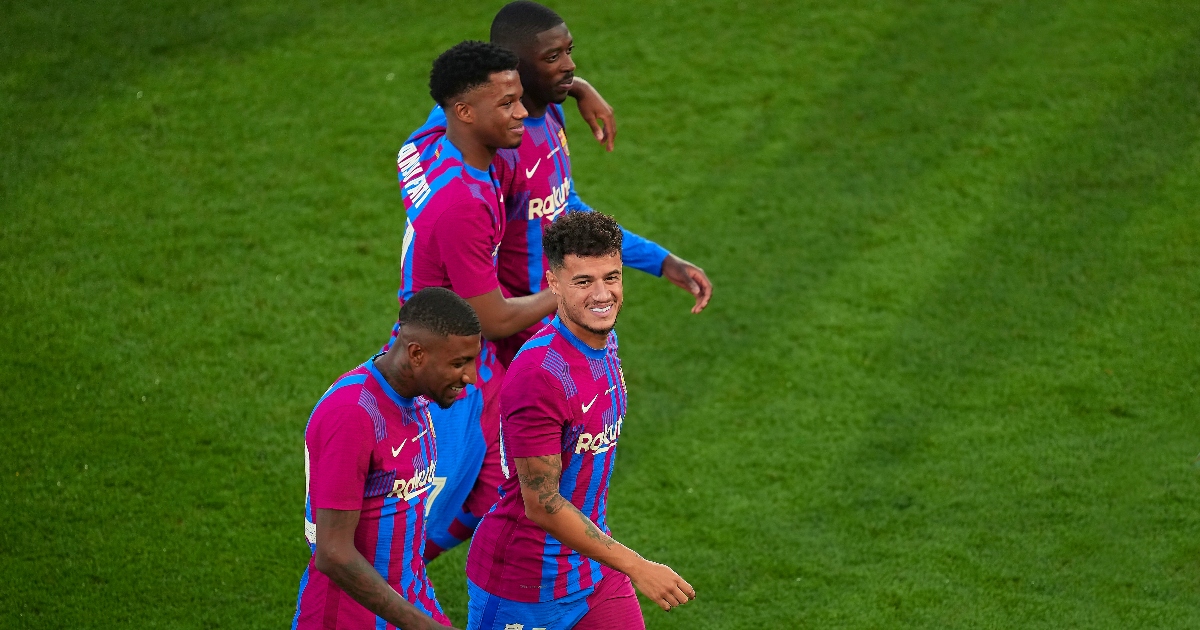 Arsenal have no interest in signing Barcelona playmaker Philippe Coutinho as Mikel Arteta remains fully committed to keeping Pierre-Emerick Aubameyang and Alexandre Lacazette at the club, according to reports.

Reports in Spain had suggested that both club’s were contemplating a swap deal involving Aubameyang and Coutinho while Lacazette has also been linked with a move to the Nou Camp.

However, the Mirror claim this deal will not be considered by Arsenal, who still value their current strike pair highly within the first team squad.

The Gunners have been chasing a creative midfielder since the summer transfer window opened, but Coutinho has never been considered.

And the north London club are now close to signing Martin Odegaard from Real Madrid to help lift some of the playmaking burden off Emile Smith Rowe.

This move indicates that there won’t be any room for Coutinho in the squad, with his extortionate wage and injury record also being a stumbling block for his Barca departure.

The report also suggests that there is no rift between Arteta and either Aubameyang or Lacazette after they missed Arsenal’s Premier League opener against Brentford on Friday night.

Both players were ruled out due to illness, with some suggesting there had been a bust-up between players and manager.

However, they will likely be back into the squad as soon as they are available again.

Arsenal face European champions Chelsea at home on Sunday, in what should be an interesting atmosphere at the Emirates.

New signing Odegaard should be available for the match if his move goes ahead as planned.

He is likely to sign his contract and be announced by the Londoners on Thursday or Friday and could be registered in time to play.

The Norway captain will join for around £30million with personal terms unlikely to be an issue.

Sheffield United goalkeeper Aaron Ramsdale is also close to completing a move to the Emirates as Arteta and co look to complete the double deal this week.

Ramsdale will cost an initial £24m, rising to £30m if he becomes first choice in north London. The move looked like being abandoned as Sheff Utd wanted £40m, but the player himself has been ‘pushing hard’ to get it done.

The Athletic say both Ramsdale and Odegaard will join on four-year contracts with options for another 12 months.