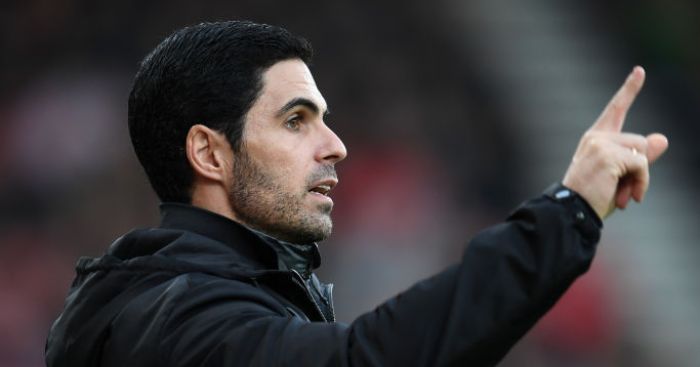 Mikel Arteta is convinced Nicolas Pepe can overcome his underwhelming start at Arsenal to develop into a world-class talent.

Arteta opted to give the 24-year-old just eight minutes of action as a substitute during his maiden match as Gunners head coach in the 1-1 Boxing Day draw at Bournemouth.

The Spaniard, who played a prominent role in the development of Raheem Sterling and Leroy Sane at former club Manchester City, feels Arsenal’s struggles have contributed to the player’s failure to impress.

Arteta will on Sunday take charge of his new team for the first time at the Emirates Stadium when London rivals Chelsea visit, and he has urged Pepe to listen to advice and focus on improvement in order to realise his potential.

“I think it was obviously a big change for him to come here from France,” said Arteta.

“As well, he found a team that in that moment wasn’t performing at their best, probably the environment for him to settle wasn’t ideal.

“He showed in two or three actions already (against Bournemouth) how good he can be. But he has to be consistent.

“The problem with confidence is he’s confident only if he plays.

“If he trains well enough to convince me, then I have confidence in him. It has to be a mix between the two.

“We can’t demand the strikers or the attacking players to generate things like this,” he added with a click of his fingers.

“They have to have the play sustained behind them, to tie everything together.

“We need to arrive in better positions as many times as possible for them to be able to create as many situations as we want.”