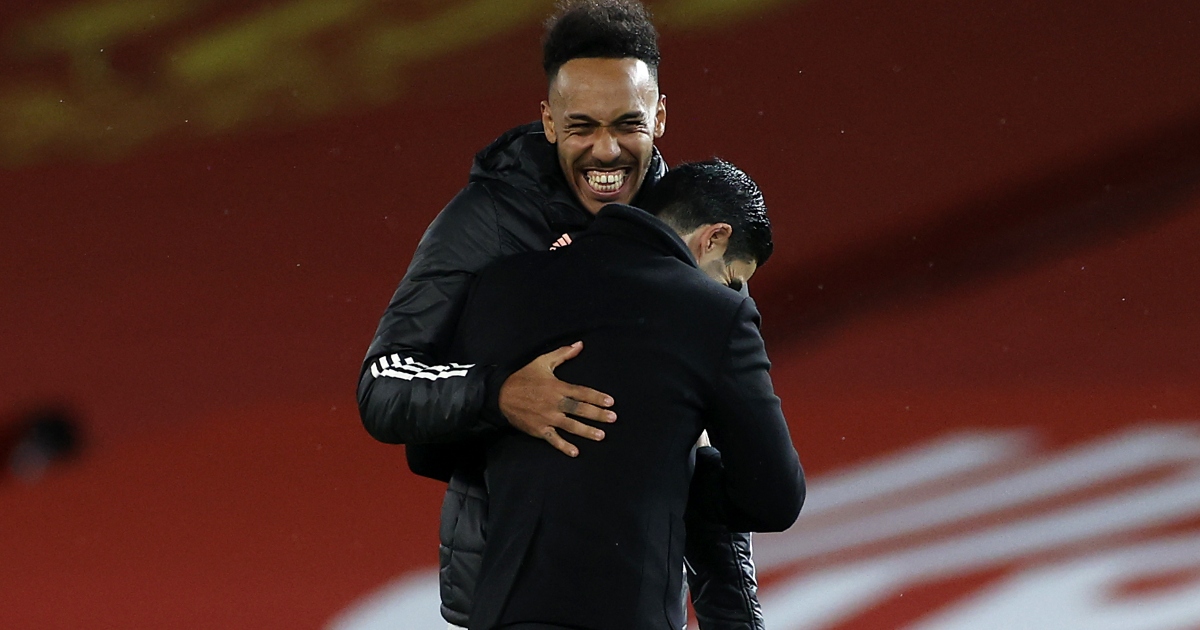 The 32-year-old scored the only goal of the game as the Gunners won their first league match of the season against Norwich on September 11.

He failed to score against Burnley on Saturday, but Arteta’s side made it two 1-0 wins in a row courtesy of a Martin Odegaard free-kick.

Mark Noble and the English veneration of the captaincy

Aubameyang had a disappointing 2020/21 season, only managing ten Premier League goals in 29 appearances.

And Manchester United legend Rio Ferdinand has questioned how Arteta is utilising the Gabon international.

“I don’t know if the club are playing to his strengths, they need to get the ball forward quicker,” he said on Vibe with Five.

“If they get the ball forward quick and set him off, set him free running through teams… in full flow he is as good as most, he is just an unbelievable finisher.

“When he’s smiling he is on form and he makes Arsenal a considerably better team. They have no else who finishes chances like him.”

Aubameyang only has one Premier League goal in four games this season, but Arteta has been happy with his performances so far and has defended his use in Arsenal’s system.

“I was really impressed with Auba,” the Spaniard told Arsenal’s official website, adding: “I think his rhythm and high pressing was fantastic.

“It was a real commitment and purpose because you can go to try and win the ball or put pressure [on] – but you can tell when you are really doing it or when you’ve been told to do it.

“There was a big meaning behind it and when you go to places like that, when you are having difficult moments and you want to start to get results, I think you have to go to those basics and have every single player do that, even the ones that came on.

“I think they (Aubameyang and Odegaard) were superb, lifted the momentum of the team and took us to a different level. I think that’s really important.”

Arsenal host AFC Wimbledon on Wednesday evening in the Carabao Cup with Aubameyang likely to be rested.