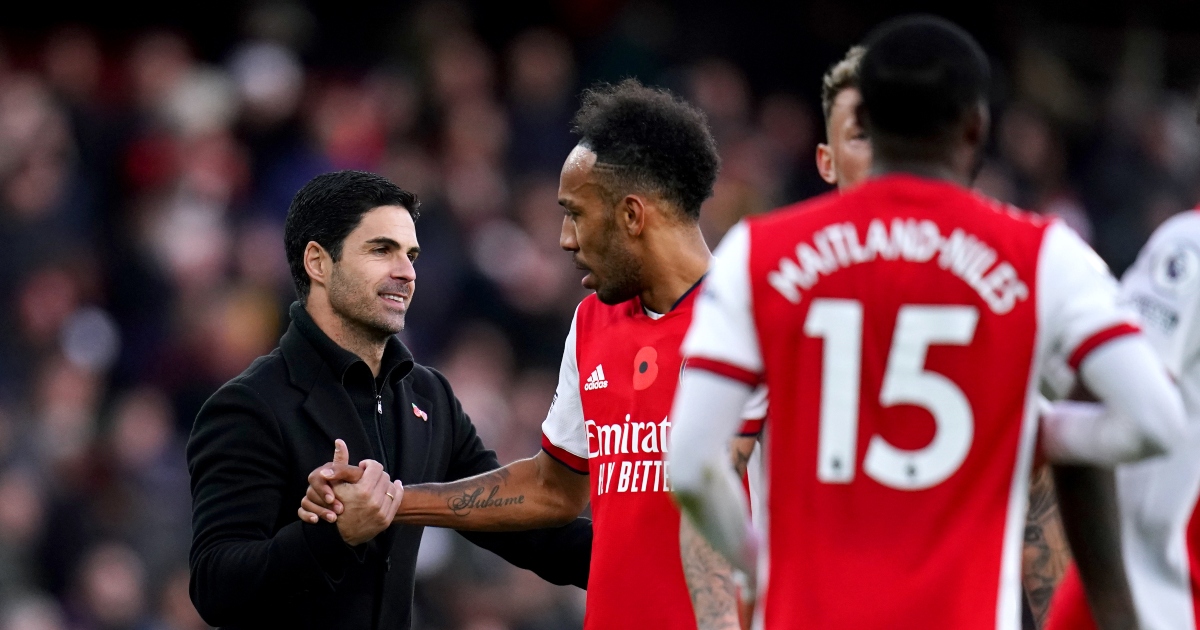 Arsenal manager Mikel Arteta has confirmed that Pierre-Emerick Aubameyang continues to be unavailable for selection after being removed as captain.

The Gabonese forward had the club captaincy taken off him earlier this month after a disciplinary breach and hasn’t played the the Gunners since.

Speaking ahead of Arsenal’s trip to Leeds on Saturday evening, Arteta confirmed his unavailability.

“No he’s not available for selection.”

Alexandre Lacazette, who is out of contract in the summer, has taken the captaincy in the previous two fixtures and Arteta was asked if the Aubameyang situation will have an impact on the Frenchman’s contract.

“Alex’s performances, involvement and commitment are not related to his contract situation. I discussed in the summer with him what it is and we’re both clear on that.

“He’s played a lot under me and I’ve always been really pleased with him.”

The Spaniard also praised Norwegian midfielder Martin Odegaard who has been touted as a potential future captain.

“He’s very young but he already has a lot of experience. He’s getting close to his best level. We’ve got a tremendous player there. He’s a natural leader. If you look for the perfect professional you don’t have to look much further than him.”

Arteta also provided an update on Nicolas Pepe, who has seen his game time be significantly reduced in recent weeks.

“It’s with all the players that they are not having a lot of minutes. With the amount of games we’re having there’s not enough room. With Nico’s situation it’s something similar. He needs more opportunities to show what he can do and in the last games he hasn’t had them.”

The Gunners boss did admit that he understands the concerns over Pepe’s minutes.

“I understand but again I have to try to make the decision based on what I see every day. Nico is really willing to help the team. The reality is that in the position that he’s playing, Bukayo is there and has been fantastic.”

Arsenal’s trip to Leeds on Saturday is just one of five Premier League fixtures that are schedule to take place this weekend after a number of Covid-related postponements.