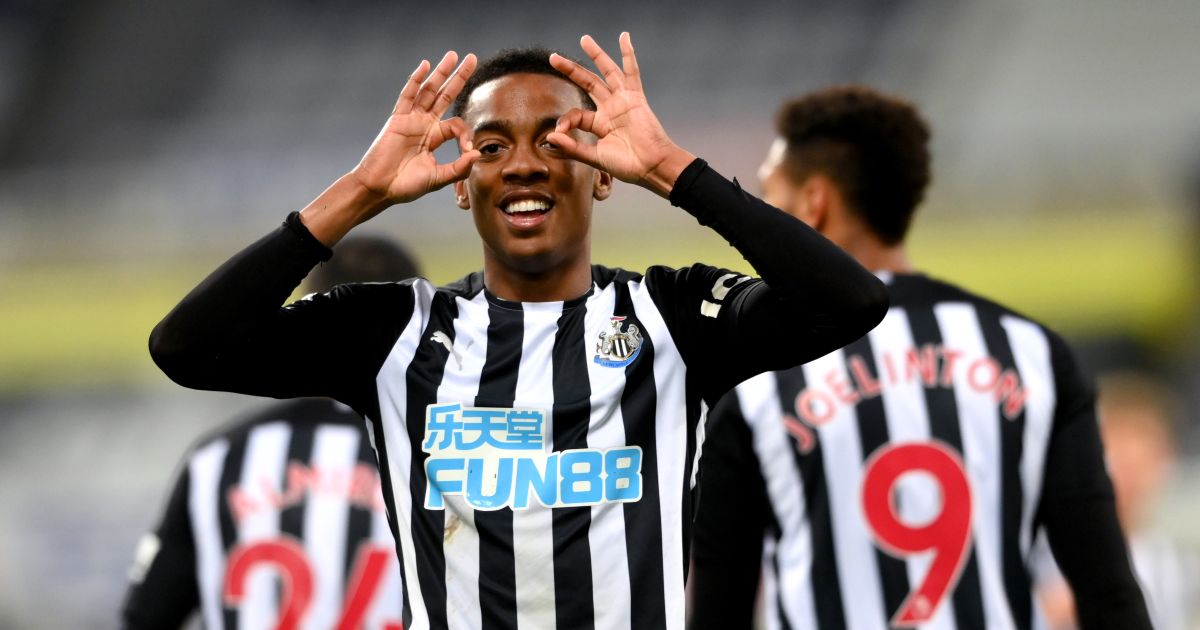 Arsenal boss Mikel Arteta says Joe Willock is going to be part of his squad next season amid rumours Newcastle United want to buy him.

The 21-year-old Arsenal midfielder scored his sixth goal in as many Premier League games for the Magpies in Wednesday’s 1-0 win over relegated Sheffield United, taking his tally to seven since he arrived at St James’ Park in January.

If that does not win him a role in Arsenal boss Arteta’s plans for next season, Newcastle will be at the top of what is sure to be a growing list of suitors, with a report yesterday in the Daily Telegraph claiming £20m-rated Willock is ready to leave Arsenal for the Magpies.

Manager Steve Bruce has already signalled his intention to have a conversation with the Gunners about the player’s future but Arteta says he is “sure” Willock will be part of his squad next term.

Arteta told reporters on Friday: “Yes, I am really happy that things have gone so well because of the potential that he has.

“I think it was great for him to go away and have a different experience, he has grabbed that opportunity in a really positive and remarkable way. He will come back to us, we will have a conversation with him and plan the next years for him.

When asked to assess how Arsenal have performed this season, Arteta added: “Well if you are saying it’s a step back because we haven’t won a title, then it has to be related.

“In the league we have two more points than last season, but it’s nowhere near where we want to be.

“The fact that we don’t have a title so close to grab because we’re not in the Europa League final makes it difficult to see more positives but we were knocked out in the last-16 of the Europa League last season and a lot of things have been done that were very necessary in this season that are not related to results.