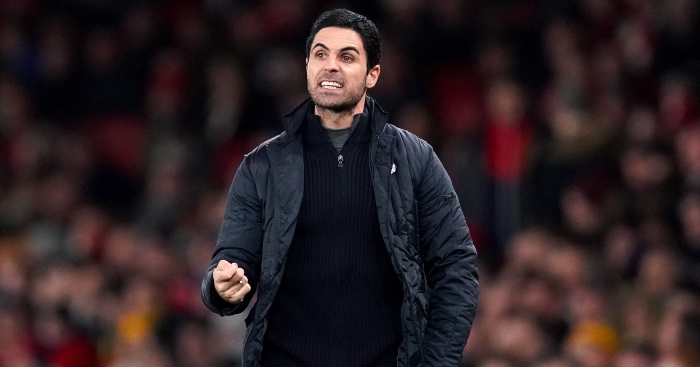 Mikel Arteta’s aggressive half-time wake-up call to his Arsenal players was praised by match-winner Reiss Nelson as the Gunners edged past Leeds in the FA Cup on Monday night.

Arsenal were second-best for much of the opening 45 minutes and the visitors wasted a number of fine opportunities to take the lead.

Instead, Arteta gave his players a dressing down at the interval and saw them put in an improved display in the second half, with Nelson’s tap-in securing a 1-0 win and a trip to Bournemouth in round four.

Alexandre Lacazette revealed after the game that Arteta – taking charge of just his fourth game having been appointed head coach last month – “shouted a lot”, while Arteta himself admitted he had got angry at his charges.

But Nelson, who has started all-but one match under Arteta, feels it is a positive that the Spaniard can take on the roles of both good cop and bad cop in the changing room.

“I think that’s good,” the 20-year-old said when asked about Arteta shouting at half-time.

“I think as a coach you always need to have the aggressive side and obviously the side where you give love as well.

“In training he is always asking us to press with passion and play with purpose. I think we saw that at times.

“We played out wide, we played through the middle and it was all going on.

“He (Arteta) just said that we weren’t playing the way we should be playing. Mikel is a manager that wants to play with a purpose.

“He said we needed to be more aggressive and I think we did that in the second half.

“We showed more fight and character. We went out and did what we were supposed to do.”

Leeds were scintillating in the first half and created several good opportunities, testing Emiliano Martinez in the Arsenal goal, missing other chances and seeing Patrick Bamford rattle the crossbar.

Marcelo Bielsa and his players will now dust themselves off and return to their Sky Bet Championship promotion bid, with defender Barry Douglas calling for the performance at the Emirates Stadium to be replicated over the remainder of the season.

“We probably come away from the game a little disappointed,” the Scotland international told leedsunited.com.

“I thought we gave a great account of ourselves and we matched them and on our day we would have converted a few of our chances.

“We are a team that when we are on it and at the races, pressing like that, we will cause problems for any team.

“It was a good game overall, obviously a bit gutted not to take anything from the game but it is nights like that you want to be involved in and it is a standard set.”