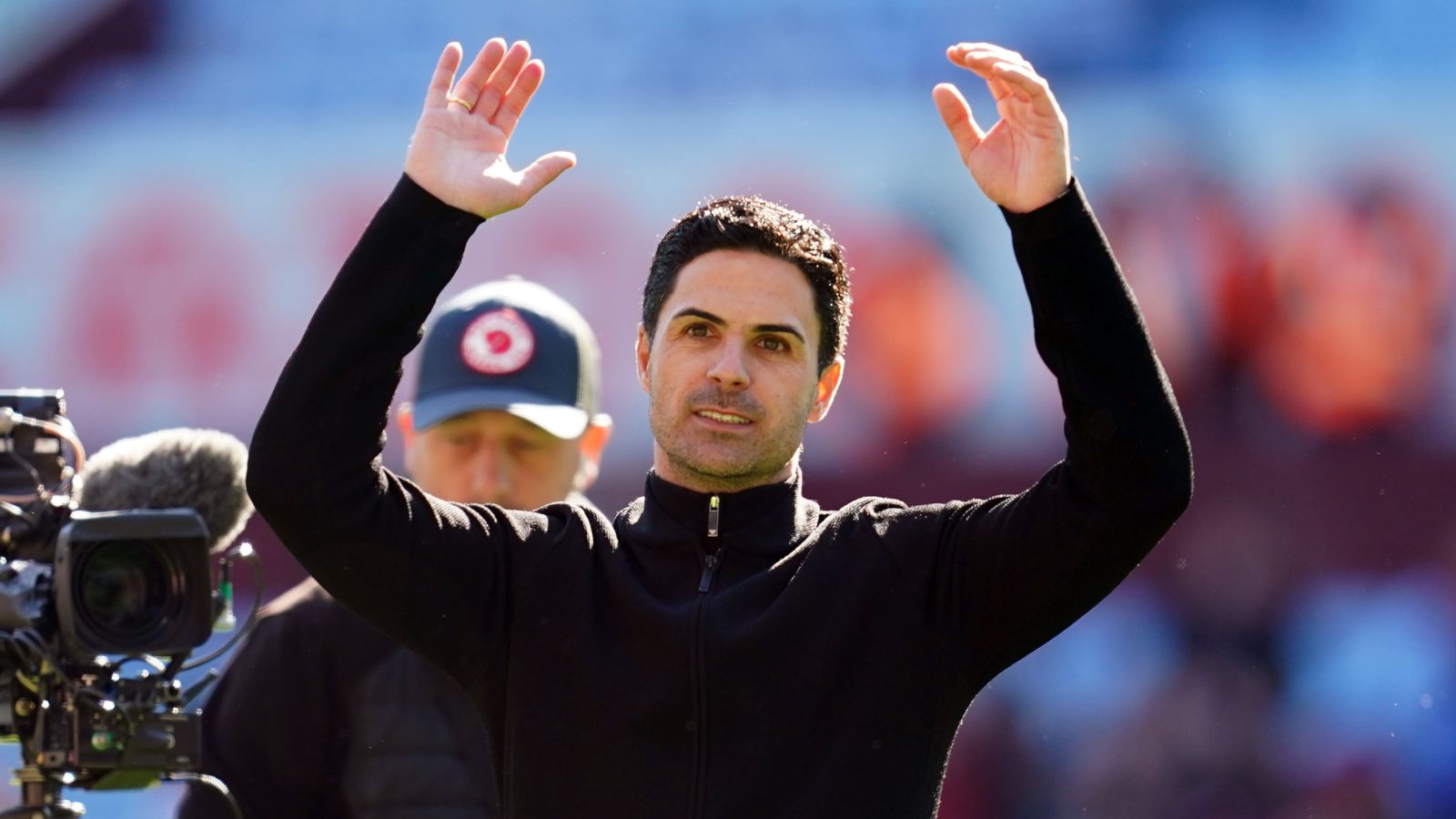 Arsenal manager Mikel Arteta has urged goalkeeper Bernd Leno to prove he deserves to be the Gunners’ number one.

The German lost his status as first choice at the Emirates Stadium following the signing of Aaron Ramsdale last summer.

Injury to his colleague has now offered the 30-year-old a route back into the side and Arteta says it is down to him to make the most of it.

Arsenal, Arteta should tell Neville to go fourth and multiply

Leno kept a clean sheet as Arsenal beat Aston Villa last time out and, with Ramsdale still troubled by a hip problem, he looks set to continue against Crystal Palace at Selhurst Park on Monday.

Arteta said: “This is football and it’s not an individual sport. I have a lot of sympathy with every player that doesn’t play and doesn’t get the chances they probably deserve but unfortunately that’s the game.

“When he’s been playing for 10 years that meant someone has been there waiting for that opportunity.

“What you want to have is, in every position, players that are reliable and can perform, whether they’ve been playing recently or not. In the goalkeeping position it’s no different.

“That is why we bought Aaron, to get the standards higher, to bring different qualities, different ways of understanding and acting during matches, and different experiences.

“With Bernd we have the capacity to play him (on Monday) and we know what we’re going to get.

“He’s done a very similar thing to Cedric (Soares) and Nico (Pepe) – not accepting the situation, but trying to improve it.

“And then he’s been consistent in the way he trained, the way he behaved, in those months, waiting for the opportunity and, when he had it, to take it.”

Arteta recognises it can be difficult for a player to accept a reduced status having seen it many times during his own playing career.

The Spaniard, who spent 11 years in the Premier League with Everton and Arsenal, admits he only appreciates the bigger picture now because he is a coach.

“But if it is that late I think it’s a good sign, that means you’ve been pretty consistent because it can happen much earlier.

“There is not a personal thing in that decision at all and it cannot be taken personally.

“That’s normal but when you’re on the other side of the table the picture changes completely.”

Arsenal have recovered from a poor start to the season to put themselves in a strong position to claim a Champions League place.

Correspondingly, expectations may have changed but Arteta feels no need to change anything now.

He said: “This is a conversation we have had now for over six to eight weeks, so they have already been through that and have responded really, really well. There is nothing new that they have to do.”