Home All The News Arteta slams Arsenal defending: ‘We switched off completely’ 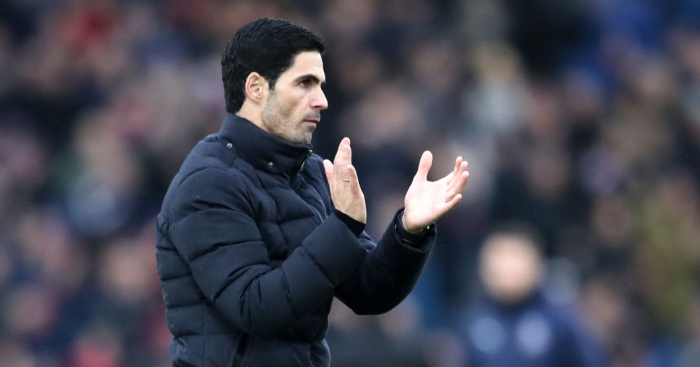 Mikel Arteta admitted Arsenal “struggled” in the second half of their 1-1 draw with Crystal Palace and insists the way they “switched off” for the equaliser was “unacceptable”.

The Arsenal boss also accepted the VAR decision to change Pierre-Emerick Aubameyang’s yellow card to a red for his “harsh challenge” on Max Meyer.

Aubameyang put the Gunners in front in the first half after he finished off a brilliant move expertly.

But Crystal Palace grew into the game and Jordan Ayew’s deflected shot drew them level before Aubameyang was sent off midway through the second period.

And Arteta was happy with the way his side started the game, but bemoaned their lack of discipline as time went on.

Arteta told BT Sport: “The first 35 minutes is exactly what I want our Arsenal team to play like. We were dominant in the right positions and created chances. After that we started to give free-kicks and give balls away.

“In the first 15 minutes of the second half, credit to them because they pushed. They started to put men up front and we struggled. We switched off completely for the goal and that’s unacceptable.

“I don’t think we let our concentration slip. To control Palace for 90 minutes here is impossible. They put balls in the box and you have to defend the situation.”

On Aubameyang’s red card: “I haven’t seen it, but I think it was a harsh challenge. There was no intention, but I think he mistimed it.”

On Torreira’s injury: “We have to check with the doctor but it looks like an injury.”