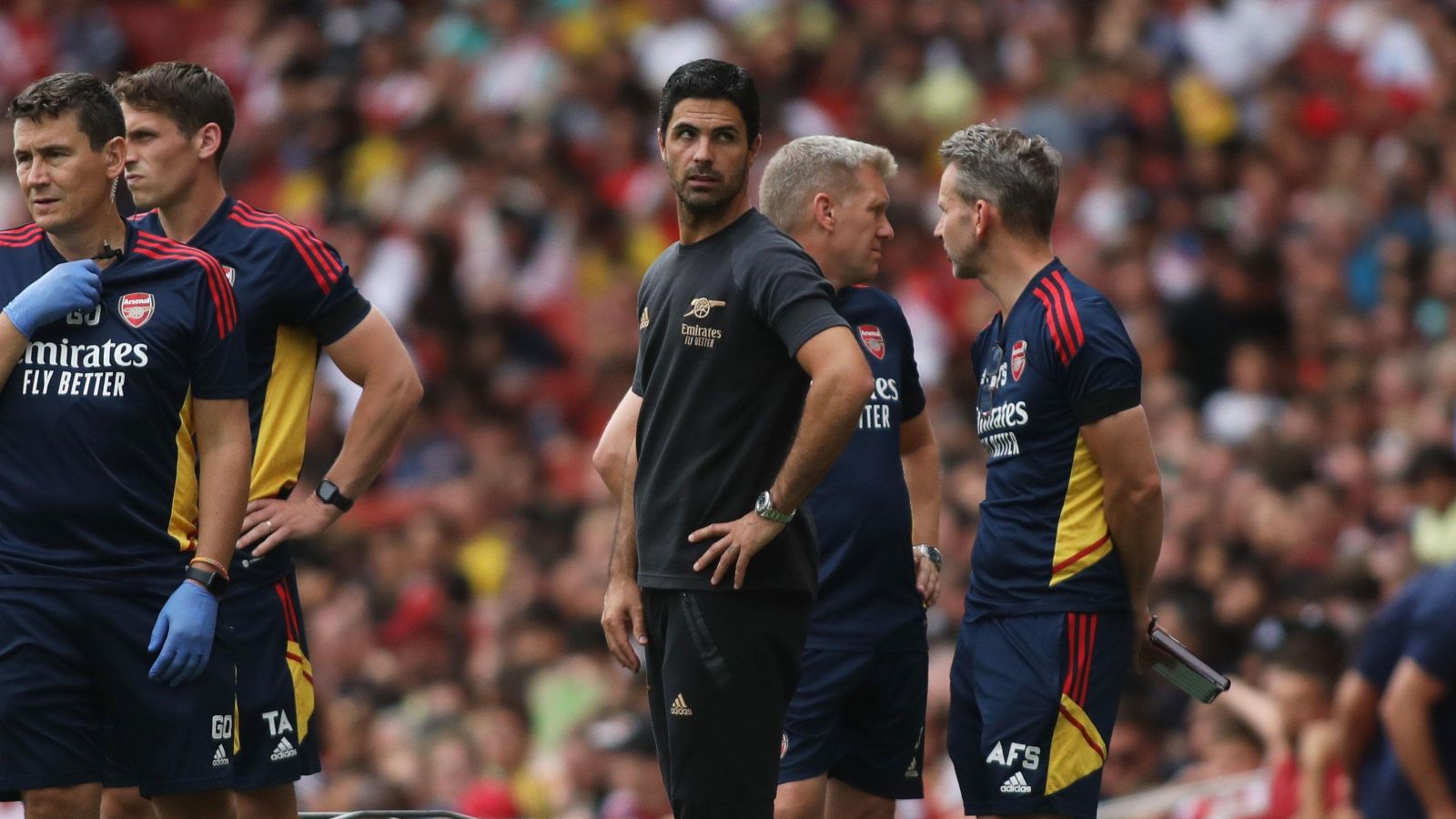 Mikel Arteta has admitted that he has been “surprised” by how quickly Gabriel Jesus has settled in at Arsenal following his move from Man City.

Jesus is set to make his full debut for the Gunners on Friday night against Crystal Palace after joining from Man City for around £45m this summer.

The Brazilian scored seven goals in pre-season and he will be hoping to help Arsenal make a better start this season than they did in 2021/22. Last term they lost their first three Premier League games.

“When you bring top players from top clubs and they’ve been extremely successful over the years, there is expectation,” said Arteta.

“That needs some adaptation and time and we are all surprised with how quickly he’s done it, but we have to share that responsibility.

“He’s a tremendous talent with a mentality that is so contagious and he’s going to give us a lot, but it’s a team at the end of the day.

“We are all enthusiastic. We had the pre-season we wanted, it was well organised, we had good results, good preparation and good performances.

“But now the ball starts to roll tomorrow evening in a completely different context and against a Premier League team and we know what to expect there.

“It’s true we have a high level of energy and ambition to have a successful season and we have to show that on the pitch tomorrow night.”

The enthusiasm surrounding the Gunners is a far cry from the start of last season, where a Friday night defeat elsewhere in the capital, at newly-promoted Brentford, was the start of three straight losses.

But Arteta added: “It is different. Everything that happened before that game was pretty strange and unique. The preparation, the pre-season that we had, different contexts.

“We are really excited, looking forward to the new season and will try to start in the best way and this is how we do our preparation.”

Oleksandr Zinchenko and Marquinhos could also make their Arsenal debuts at Selhurst Park.

But fellow summer signing Fabio Vieira did not play at all in pre-season and will be lacking match fitness.