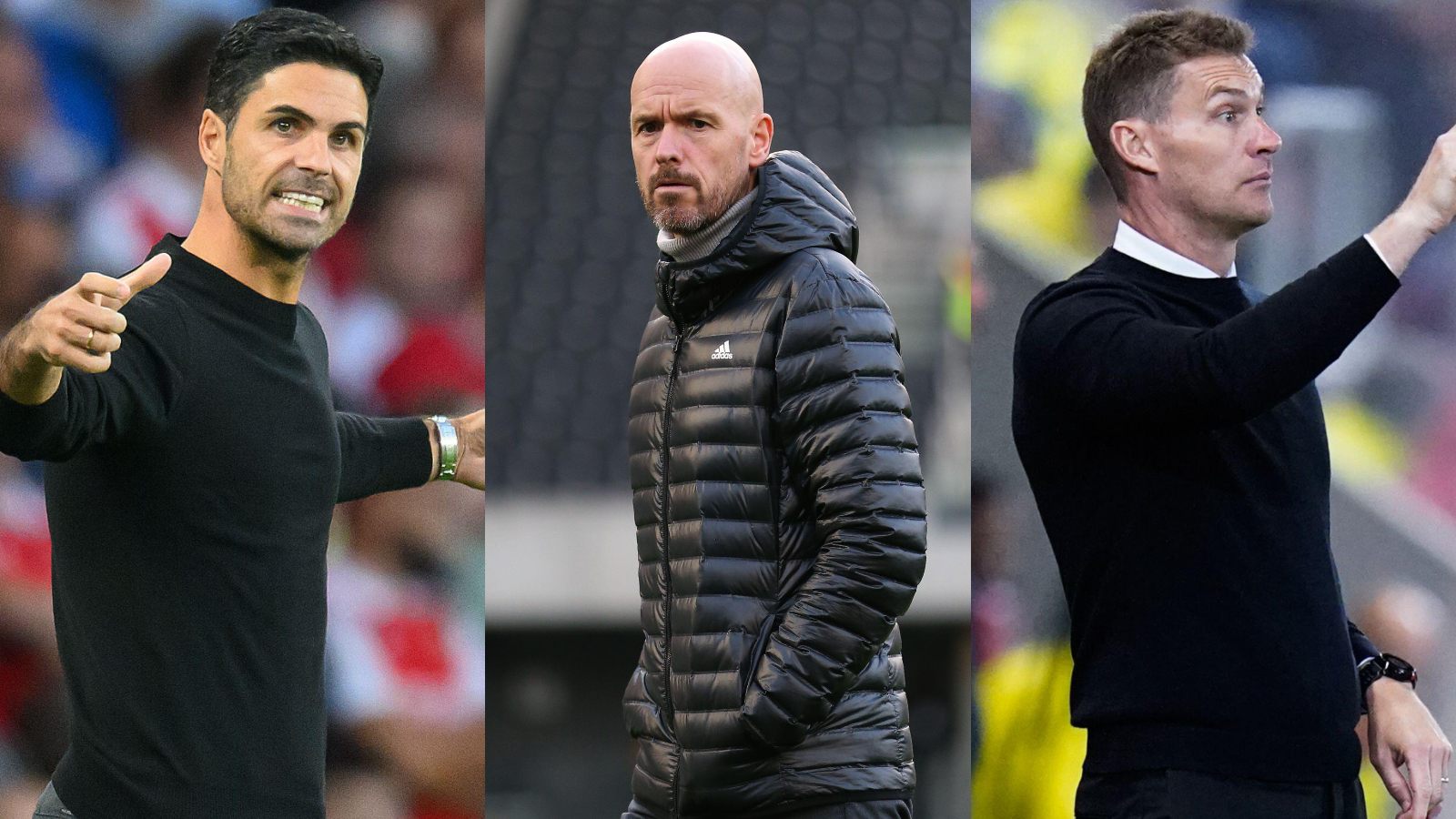 Mikel Arteta and Erik ten Hag have overcome criticism. Now Arsenal and Man Utd are on the up. Rotherham United are on the same ‘trust the process’ journey.

Football fans yearn for short-term success and this has arguably got worse over the past ten years. The information era has brought a lack of patience. People want everything here and now and this has translated to football with managers in particular being subject to criticism before they even have their name plate on the door.

This has been evident at varying levels, with no finer example of the benefits of ‘trusting the process’ than Mikel Arteta at Arsenal.

The inexperienced coach would have been out of a job if he was working anywhere else after guiding one of England’s biggest clubs to successive eighth-place finishes in the Premier League.

But Arsenal’s hierarchy are benefiting from backing their manager as Arteta is overseeing a project with a young, talented squad emerging as unexpected contenders for the title.

The former Manchester City assistant is now rightly adored by the club’s supporters, but this was not always the case, with some calling for his head as Arsenal languished around mid-table.

The Gunners are on the upward curve of this trajectory and Arteta’s job has never been safer. Going back six months, few would have seen such a drastic switch coming but the Londoners are profiting from having everyone at the club on the same page and working towards the same end goal.

Manchester United could well find themselves in a similar position over the next couple of years after finally finding the right head coach in Ten Hag.

The Dutchman’s handling of the Cristiano Ronaldo saga can only be commended and his team are unrecognisable compared to the shambles they were last term under Ole Gunnar Solskjaer and Ralf Rangnick.

It has not all been easy for Ten Hag, though; his critics were primed to strike him down after United lost to Brentford and Brighton in their first two league games of this season.

Ten Hag and his United players were written off by some following these defeats, but they have grown into the season and look a pretty sure-fire bet for the top four.

The defeat to Arsenal over the weekend shows that Man Utd are still a work in progress. But they are far better off with Ten Hag and his early-season critics have quickly retreated into the bushes like Homer Simpson.

But I cannot get on my high horse and mock fans for jumping too soon with their judgement of managers and their clubs. Because I’ve done the same thing.

Just two weeks ago, I put together a piece on my club, Rotherham United, demanding a mid-season rebuild with major questions needing to be asked of Matt Taylor and owner Tony Stewart.

This came amid an ongoing run of just one win in 13 games across all competitions and recent games saw them lose in worrying fashion against relegation rivals Huddersfield Town and League One outfit Ipswich Town in the FA Cup.

This felt more like a sustained issue than just a mid-season blip. Rotherham had stopped doing all of the things that brought them success at the start of this season, with a lack of pressing making a usually resolute team easy to open up.

Context is needed as Taylor replaced club legend-turned-manager Paul Warne earlier this season following the latter’s departure to Derby County. Warne was loved by the club’s supporters and brought a joyous rollercoaster of an era that included promotions, relegations and a win at Wembley in the Papa John’s Trophy final.

He also had a squad that catered to him and his demand for good people over anything else. This was perfect while he was in the building, but there was bound to be some friction when a new man came in.

Taylor’s situation was not helped by him being a completely different character to Warne. The newcomer is a straight talker and approaches his media duties with a level of honesty that slides into bullishness.

This comes across well when things at the club are positive, but during Rotherham’s dire run, he questioned his players’ ability to compete at Championship level. This was despite the Millers clearly being able to match opponents when at their best as they were placed in the top half of the table when Warne left.

Seemingly, this caused players to butt heads with the management team with confidence at a low following the defeats to Huddersfield and Ipswich. But a squad meeting took place earlier this month in the build-up to their home Championship game against Blackburn Rovers on January 14.

It has since been revealed that this meeting helped Taylor and the players quash their differences and they came up with the plan to go back to basics in pursuit of survival.

A formation change has also been put into place, with Rotherham now going for 4-3-3 instead of Warne’s preferred 5-3-2 set-up.

And the difference has been remarkable. Since that meeting, Rotherham have hammered Blackburn 4-0 and picked up a well-deserved away point against Watford.

Optimism has been renewed among the club’s faithful and this has been helped by their activity in the transfer market. I had questioned Millers owner Stewart about his willingness to invest in a squad that was short of quality at this level. But credit should go to Stewart as he has responded in the best way possible by facilitating moves for higher-quality players.

Championship mainstay Sean Morrison, Leeds United youngster Leo Hjelde and Brentford winger Tariqe Fosu have come in so far and all three players have made an immediate impact. There is also talk of Rotherham bringing in Norwich City’s Jordan Hugill and Man Utd youngster Charlie McNeil, with both continuing a recent trend of Championship signings for a Championship club.

Rotherham are 20th in the Championship and have 31 points after 28 games. Carrying on their current trajectory would see them comfortably stay up. For a club of their size, it would be a fantastic achievement, especially after a change of manager.

Taylor and Stewart were coming under fire from a lot of fans and I was part of that cohort. But it has taken just two weeks for the whole atmosphere at the club to turn on its head.

Rotherham are obviously on a much smaller scale than Arsenal and Man Utd with differing aims to work towards, but fans are equally as guilty of criticising too soon.

In hindsight, I’ve been made to look quite daft and to be honest, I could not be happier. The joys of being a football fan; we’re all idiots who know bugger all.