Home All The News Arteta: Tierney ‘transmits every value I would like’ at Arsenal 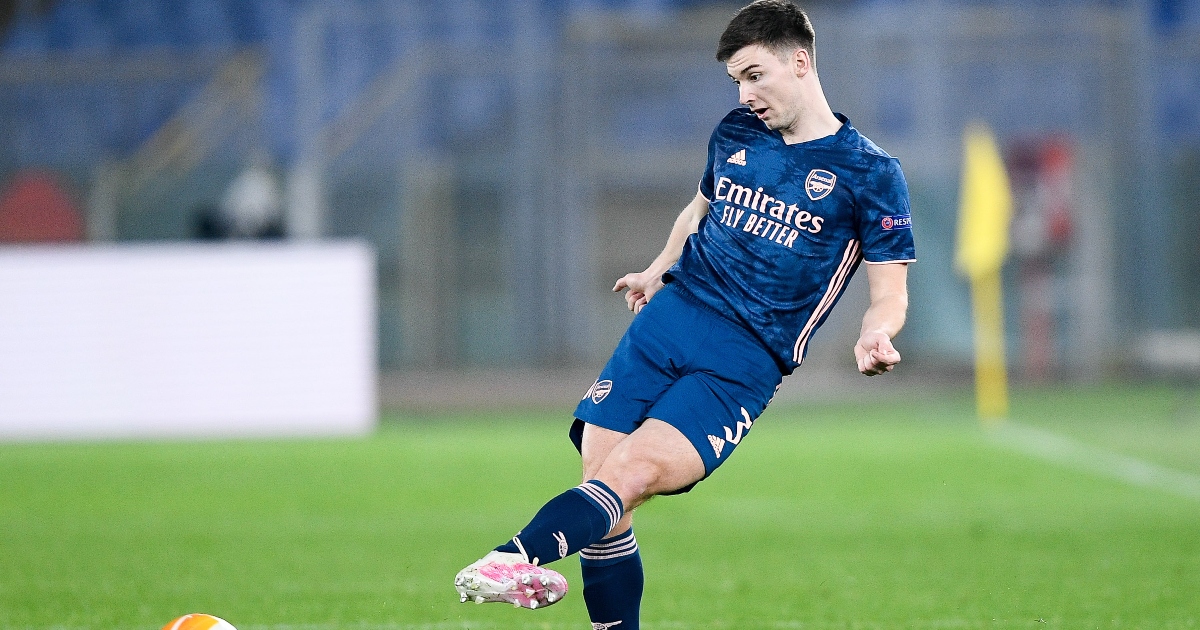 Arsenal boss Mikel Arteta has been heaping praise on Kieran Tierney, saying that the left-back epitomises everything that he looks for in a player.

Tierney signed a contract extension earlier this month to commit his long-term future to the north Londoners after an excellent second season in England.

The 24-year-old joined the Gunners from Celtic in 2019 for around £24million and has made 62 appearances for the club.

The Scotsman has struggled with injuries at Arsenal, but has still been able to establish himself as one of the best left-backs in the Premier League since joining from the Hoops.

Tierney’s manager has waxed lyrical about his attitude and performances in a recent interview with the club’s official website.

Speaking after the confirmation of Emile Smith Rowe’s contract extension, Arteta said: “Absolutely there is another character in this dressing room that transmits every value that I would like to transmit to the club and our fans [and it is Kieran].

“Again, it is young, hungry, talented, and people with huge desire and again he has all four ingredients – and he didn’t want to talk about anything other than staying here.

“He had a really, really good season after a really difficult start at the club and I really value people that when things aren’t going for them, they don’t give up. Kieran didn’t give up, he needed support and I think the club gave him a lot of support, but he was really willing to turn that situation around and prove people wrong if people were doubting him.

“That character, I think it shows on the pitch – when anything happens that is not going for us, you don’t give up, you just raise your level, try to be better and transmit that to the rest of the team so they all believe.

As mentioned prior, Smith Rowe joined Tierney in committing his future to the Gunners.

The 20-year-old youth product, who joined the club at the age of nine, made 33 first-team appearances during a breakthrough campaign last season.

Recent reports had suggested Aston Villa were bidding to sign the England Under-21 international.

Arsenal have also announced Smith Rowe, who has also had loan spells at Huddersfield and Leipzig since making his senior debut in 2018, will now take the squad number 10.