Ozil has not played for the Gunners in seven months despite being the club’s most highly paid player. 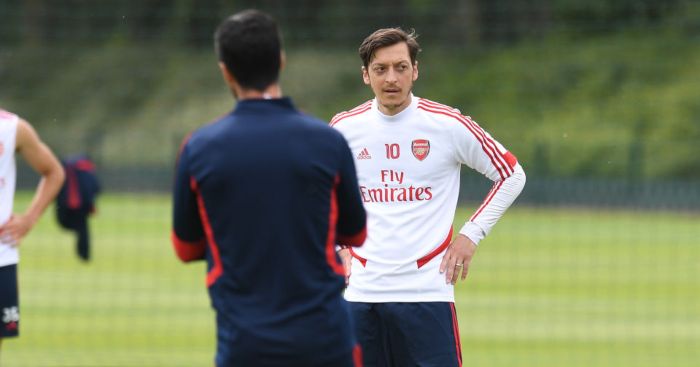 Mikel Arteta could be about to force Arsenal star Mesut Ozil into exile.

The midfielder has not played for the Gunners in seven months despite being the club’s most highly paid player.

The Daily Mail says Ozil will be omitted from Mikel Arteta‘s 25-man Premier League squad on Tuesday, ensuring he stays off the pitch for at least the rest of 2020.

The move would follow Arteta’s decision to leave the 32-year-old out of his Europa League plans earlier this month.

When asked if Ozil would make the Premier League list, Arteta said: “He wasn’t the only one who was not in the Europa League squad.

“It is a difficult decision for me to make because to leave players out of the squad, where they know they cannot get involved, is tough.

“I don’t like it at all, but unfortunately the decision has to be made because we have an excess of foreign players.”

It comes just days after it was reported the former Germany international was not interested in leaving the Emirates to go to Saudi Arabia and join Al-Nassr.