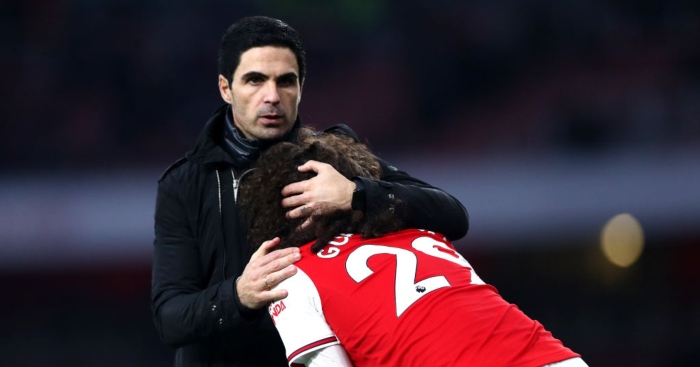 Mikel Arteta has warned Arsenal supporters not to expect “big things” in the January transfer window.

Arsenal are unlikely to make any permanent signings this month after a hefty outlay in the summer.

They broke their club transfer record to recruit Nicolas Pepe as well as completing moves for David Luiz, Gabriel Martinelli, Kieran Tierney and William Saliba – with the latter then rejoining St Etienne on loan.

Those deals equated to a reported total in excess of £135million, meaning the well for January signings is all but dry.

“I’m expecting big things from the players I have at the moment, the players that are recovering from injuries. That’s the biggest expectations from my side.

“If we can find something to help us go through the season in a more balanced way in certain areas, and which is helpful, we’ll look at the options.

“We always have to be looking because obviously we have some bad injuries for players who are going to be out for a long time. We have to see if we can find options there.”

Arteta has overseen victories in his last two games as Arsenal boss, a 2-0 Premier League win over Manchester United before a hard-fought FA Cup third-round success against Leeds on Monday night.