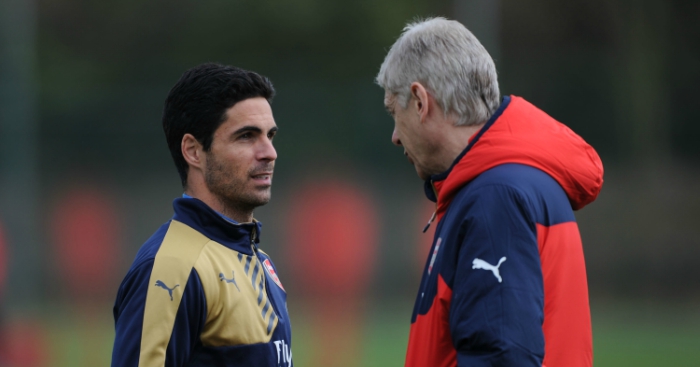 Mikel Arteta’s chances of becoming Arsenal manager have strengthened after another front-runner seemingly fell by the wayside.

Hoffenheim manager Julian Nagelsmann was thought to be under consideration over replacing Arsene Wenger this summer.

But the Bundesliga club’s director of football Alexander Rosen has ruled out the prospect of him leaving for north London.

“Julian Nagelsmann will be our coach next season, 100 per cent,” he told Sky in Germany.

Arteta is now the favourite to replace Wenger, with Juventus manger Massimiliano Allegri equally committed to his current job.

Patrick Vieira remains in the running, along with Brendan Rodgers, Carlo Ancelotti and Unai Emery.