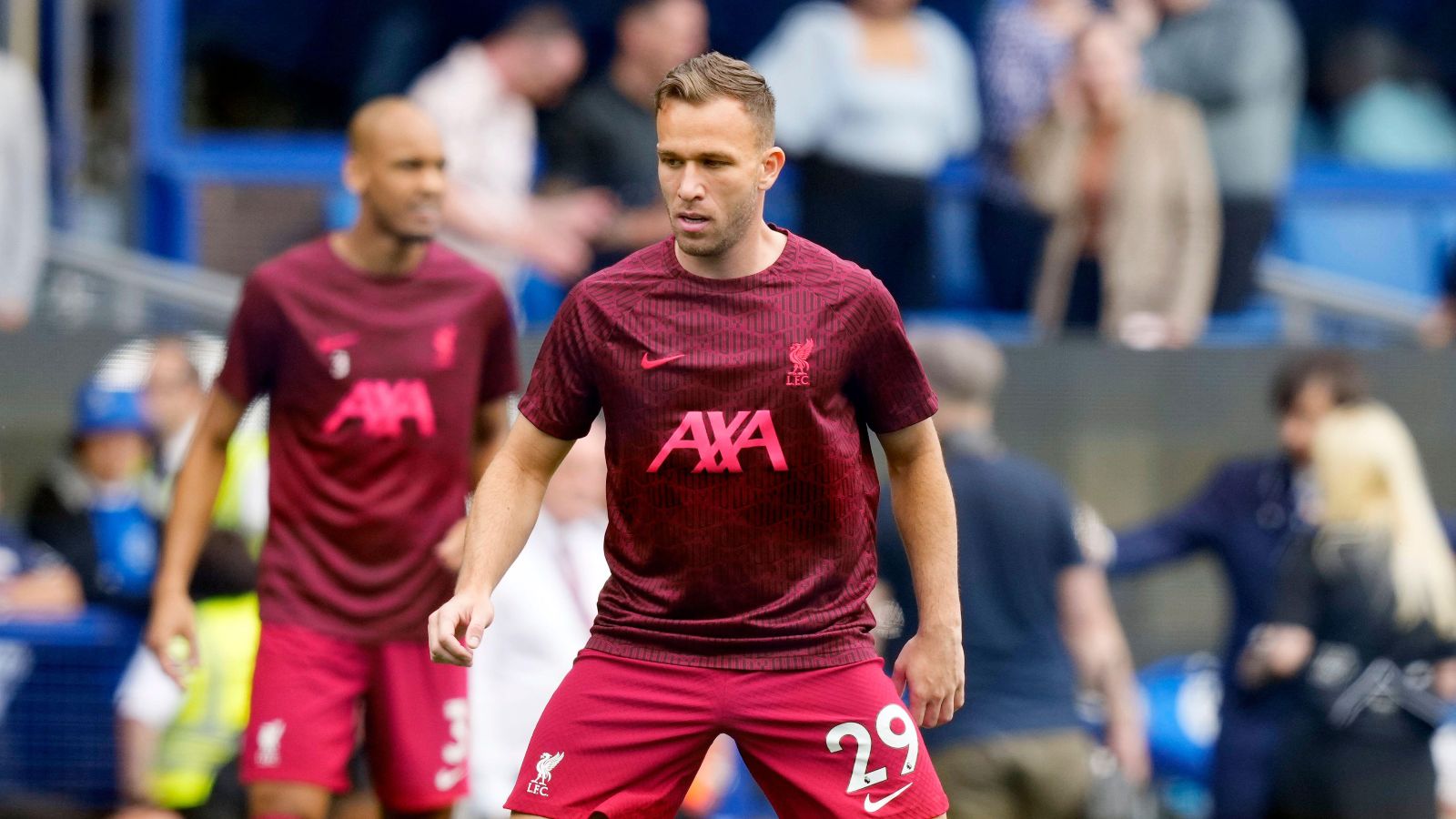 Liverpool midfielder Arthur Melo is set to have surgery this weekend ahead of a three to four month lay-off.

The Brazilian joined Liverpool on loan from Juventus at the end of the summer transfer window and has made just one susbsitute appearance under Jurgen Klopp so far.

And he now looks set to be out for the remainer of the year, according to The Athletic.

The 26-year-old sat out the midweek Champions League win over Rangers having suffered a training injury on Monday and further assessment by the medical staff has led to the belief that surgery is necessary.

There were reports that Klopp wasn’t impressed by Arthur’s attitude when he arrived at Anfield, but Liverpool moved quickly to dismiss them and this will be a signficant blow for both player and club.

Arthur had been hoping to kickstart his career having been frozen out by Max Allegri at Juventus, force his way into Klopp’s side and possibly earn a place at the World Cup for Brazil.

The midfielder’s agent said only last week that his client has closed “the physical gap” and was ready to make himself useful at Liverpool.

“He wasn’t in [Juventus manager Massimiliano] Allegri’s plans, so he didn’t train with the rest of the team, so it’s normal that arriving at the last day in this condition, from his point of view he needed extra work.

“Moreover, the difference between England and Italy in this aspect is huge, so there was this need to make up for the physical gap with his teammates.

“Now, he has recovered and is at the coach’s disposal. I have no doubt that he will do very well in a Liverpool shirt.”

Liverpool meanwhile have struggled this season and they continue to be linked with new midfielders, with that area of the squad a particular cause for concern.

Liverpool paid Juventus a £4m loan fee for Arthur’s services and have an option to buy him for £33m next summer. That currently looks very unlikely.