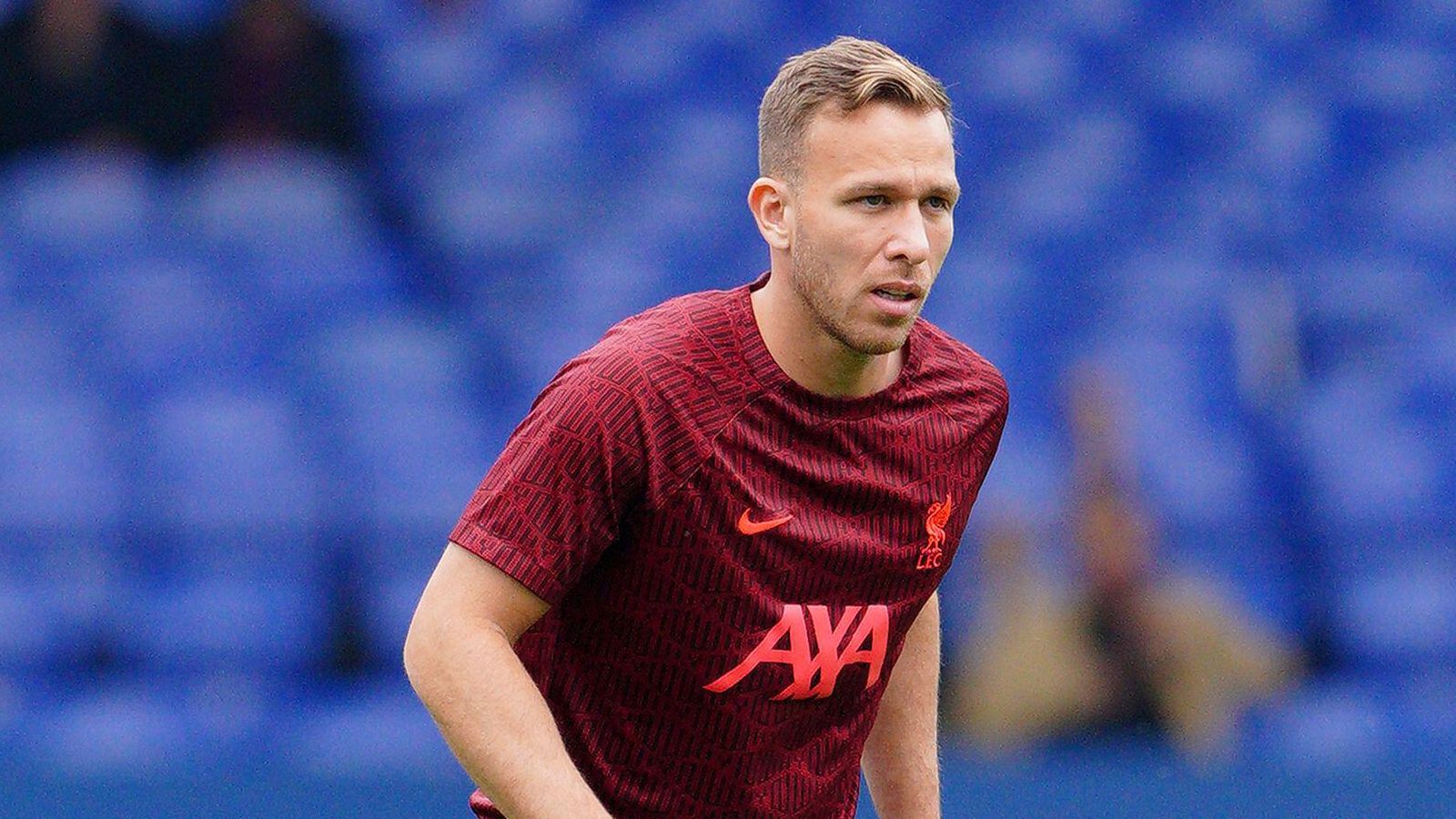 Arthur Melo has vowed to “come back stronger” after an “unfortunate” injury prevented him from “establishing himself” at Liverpool.

The Juventus and Brazil star was a surprise signing for Liverpool during the summer transfer window.

The Reds secured the services of Arthur on loan after Jordan Henderson and Thiago Alcantara suffered injuries in the early weeks of the season.

The ex-Barcelona star was previously targeted by Arsenal. Liverpool performed a U-turn in signing Arthur as it was initially believed that they would wait for Jude Bellingham to be their next addition in midfield.

Arthur has only made a single appearance for Liverpool as he was spending his first few weeks at the club building up his fitness.

“Arthur needs now just football – and training, especially, that’s how it is. He wasn’t in team training for a while at Juve, so he needs proper team training – and that’s what we are doing with him,” Klopp said.

“Can he play minutes? Yes. Should he play a full game? No, because he needs to get used to the intensity in each competition.

“It’s not like in the Champions League you have to work less than in the Premier League. Not at all, especially not here.

“He is doing well, he is really giving his absolute all in training, we have to be careful with him as well and then we will see whether we can use him.”

This positive work has been undone though as the centre-midfielder has picked up a thigh injury that will keep him out for three or four months.

Arthur has now insisted that “no obstacle will prevent him from progressing his career”:

“Last week was not the best for me… Sadly, as you know, an unfortunate injury to my left thigh will keep me out of action for a while,” Arthur stated via Instagram.

“It comes just at the time when, after huge effort and lots of hard work, I was ready to establish myself in my new team and determined to fight for my dream of playing at the World Cup.

“It is now time for me to keep my head up and join forces with my family and do everything I need to with my team to make sure I come back stronger as soon as possible. No obstacle will prevent me from progressing in my career and I have great ambition to show what I can do on the pitch.

“In the meantime, I will continue to support my Liverpool teammates and my beloved Brazil national team. Thanks for all the messages of support!”