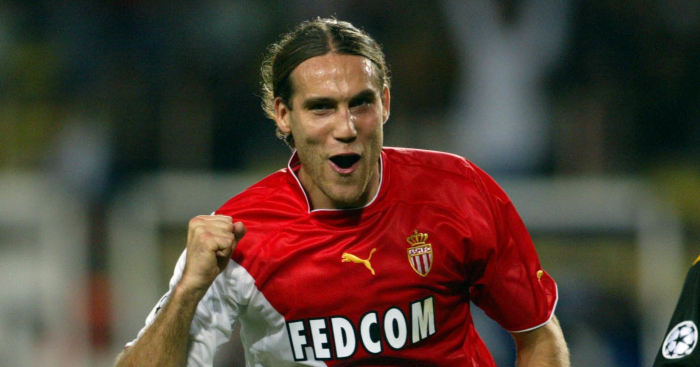 It’s been a tough season so far for AS Monaco with the team from the Côte d’Azur struggling to find the rhythm and smooth style of play that made them the Ligue 1 champions in 2017.

However, with two back-to-back wins against Nice and Brest – the latter being defeated with a convincing 4-1 – Monaco looks poised to capitalise on the renewed momentum brought about by the club’s president Dmitry Rybolovlev for the rest of the season.

While they lost Saturday’s match against Montpellier, ASM are hardly the only team to be behind expectations at this point in the season.

Lyon, after a furious start, dropped points in two consecutive matches, dampening hopes that they could challenge PSG for the title this year. Marseille, another title contender, are stagnating after a loss against Amiens. And with even PSG suffering a “shock home loss” against Reims, the reigning champions have displayed unusual vulnerability.

In contrast, ASM are emerging from the chaos to find their form again. The club had previously been criticised for pursuing a risky strategy of aggressively trading players that included such talents as Kylian Mbappe. Although the club has no shortage of young talent, it is clear that the managerial leadership surrounding Vadim Vasilyev and Michael Emenalo made several errors that have made it difficult for the club to claw itself back to the top.

But while the team was struggling on the field, the club has in fact already laid the groundwork for renewed success in the future. The negative headlines about ASM’s performances may have been dominating, but it is clear that the club’s often criticised financing strategy of selling players has been remarkably successful.

According to a recent report by the International Center for Sports Studies (CIES), a Switzerland-based research organisation, AS Monaco is the European club that has generated the most profits from player sales. Between 2010 and 2019, the club received slightly more than €1 billion in transfer fees – a cool €160 million more than second placed Chelsea – amounting to a positive net balance of €239 million after player purchases over the last ten years.

These numbers contrast significantly with those of other top clubs like Paris Saint-German or Manchester City, both of which are running cumulative deficits of around €1 billion –  the most negative balances regarding transfers of the last ten years of any big-5 league club.

These financial windfalls coincide with the arrival of Russian billionaire businessman Dmitry Rybolovlev on the scene, who purchased a 66 percent stake in the club in 2011. ASM was struggling financially at the time, largely as a result of Monaco’s small size, which made it difficult for the club to generate a steady enough cash flow through ticket sales in the way big city clubs are usually able to do. Rybolovlev implemented a new approach to income generation: acquiring young talent, training and developing them before selling them for a profit.

Thanks to that strategy, Rybolovlev was able to generate significant profits for the club – on top of investing €335 million into it, along with an extra €55 million to overhaul ASM’s renowned player academy with a  new “Centre for Sporting Excellence”. Throughout the years, the club has acquired young players, turning them into the stars they are today, including 2018 World Champion Kylian Mbappe, fellow France national player Anthony Martial or Real midfielder James Rodriguez.

Through the academy, ASM was able to turn small, low-risk investments into hugely profitable ones that have flushed the club’s coffers with liquidity – money that will be re-invested into the further development of the academy and players.

Discrepancy on the team side

All of this has made the success of the club’s finance model contrast markedly with the team’s hitherto less than stellar performance. Commentators have pointed to the aggressive selling strategy that saw several top-flight players leave for new shores. However, the impact of this may be less than conventionally believed. After all, the idea of employing young players and developing their skills has clearly worked out well in the past and will likely bear fruit again in the future.

But creating a new class of top athletes takes time – and reliable team leadership. And it’s in this area that ASM has struggled most as of late. The team has been trying to achieve consistency and drive since the start of the current season. The disastrous head coach re-shuffle from Leonardo Jardim to Thierry Henri and back to Jardim in the span of four months is a telling display of the problems that were besetting the club on the team’s side.

Jardim had been a driving force behind uniting a notoriously atomised team. In his four years as manager, he succeeded in instilling the team with a sense of common purpose. In combination with Dmitry Rybolovlev’s strategy of acquiring and training exceptionally talented players, Jardim and Rybolovlev created a team of highly motivated skilled players that eventually got ASM the Ligue 1 coup for the first time since 2000.

However, the decision to let Jardim go was made, completely disrupting team cohesion. So severe were the consequences for the team’s performance that Dmitry Rybolovlev personally stepped in to reinstate order in the club. Rybolovlev quickly sacked Henry in January this year after a mere three months at the job, followed by Vasilyev’s dismissal one month later. He brought in Oleg Petrov to become the new Vice President, and replaced other functionaries with fresh faces.

Dmitry Rybolovlev’s moves have returned some much-needed stability to ASM, allowing players to settle into their roles within the team and the field again as a first step towards renewal. Coupled with the club’s profits and reputed training academy, this forms a solid basis upon which to raise a new generation of star players. And despite the rumours to the contrary, there is no indication that Rybolovlev will turn his back on ASM any time soon, meaning continued investments into excellence are likely to continue.

As the examples of PSG and others show renewal for most European teams comes through aggressive player acquisitions that end up eroding the clubs’ financials. ASM has the luxury to start afresh without these monetary pressures – the season is still young and if they can carry the momentum, Monaco will surely climb up the rankings.