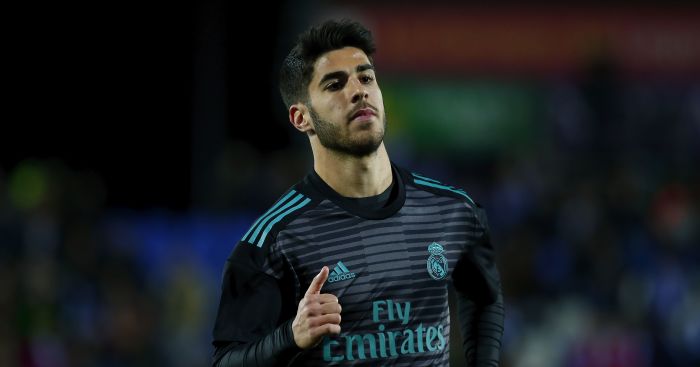 Footage has emerged of Real Madrid’s Asensio greeting Manchester United keeper David De Gea with a cry of “Karius, Karius!” in the tunnel during their recent friendly, which we’ll assume is a hilarious reference to both Karius’ infamous Champions League final performance and De Gea’s uncharacteristic struggles during the World Cup with Spain.

Marco Asensio calling David de Gea "Karius" as the players were in the tunnel for the Real Madrid vs Man Utd friendly. pic.twitter.com/4ctVx7jZu7

It’s all pretty low-level stuff, but social media being social media, plenty of Liverpool fans are absolutely furious about it. Presumably because ripping Karius to shreds is their job.

Asensio had been linked with a move to Anfield earlier this summer, but he’s probably not welcome now.

Karius’ woes have continued into pre-season, while Liverpool have also spent a world-record £67m to bring Brazil keeper Alisson to the club from Roma.