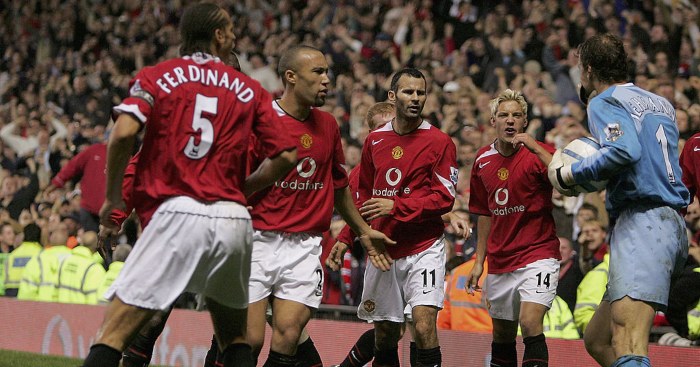 Fabregas had long been considered the culprit in the infamous incident labelled ‘Pizzagate’ after a heated game between Arsenal and Manchester United in October 2004 and the midfielder finally came clean in 2017 that it was him that chucked the food.

United ended Arsenal’s 49-game unbeaten Premier League run with a 2-0 victory, after which players and coaching staff clashed in the tunnel.

Ferguson was hit in the face by a pizza during the fracas and Hoyte – who is now playing football in the United States for Miami Beach Club de Futbol – has told the story from his point of view.

“It kicked off,” Hoyte told Goal. “We always had the rivalry with United, those games were always so intense.

“I saw the pizza, but I didn’t see it hit him [Ferguson]. I just remember looking at everyone’s reactions after it happened because no-one could believe it.

“Everyone was just like, ‘wow someone has just thrown a pizza’.

“Obviously no-one expected that to happen because no-one has thrown pizza before at anyone.

“But all the emotions were just coming out. Everyone was going back and forwards with each other and then security was in there.

“Everyone blamed Ashley Cole at the time, but it wasn’t even him.

“We all knew [it was Fabregas] but no-one said anything really because there wasn’t much to say.

“It was just more that everyone was disappointed about losing rather than the pizza being thrown.

“We were just disappointed we’d lost, but everyone was laughing about it afterwards.”